Jan 24, 2014 4:07 PM PHT
Facebook Twitter Copy URL
Copied
Aside from the DFA spokesman, 3 others have been nominated by the President as ambassadors to Argentina, Canada, and Singapore 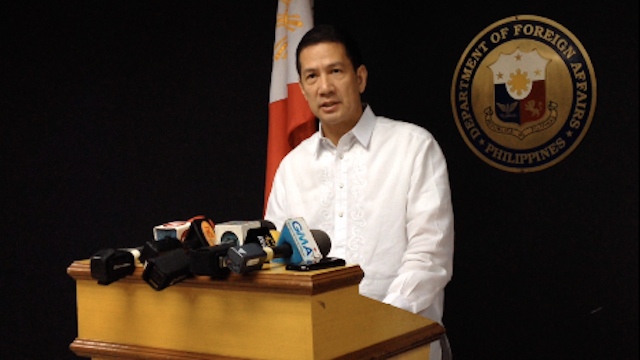 According to Executive Secretary Paquito Ochoa Jr, President Benigno Aquino III is submitting for confirmation by the Commission on Appointments the nomination of Hernandez, as well as 3 others for the position of Ambassador Extraordinary and Plenipotentiary.

Aside from Hernandez, the following have been nominated:

* Ma. Amelita C. Aquino, as ambassador to the Argentine Republic, with concurrent jurisdiction over the Plurinational State of Bolivia, the Republic of Paraguay, and the Oriental Republic of Uruguay

* Antonio A. Morales, to the Republic of Singapore. – Rappler.com