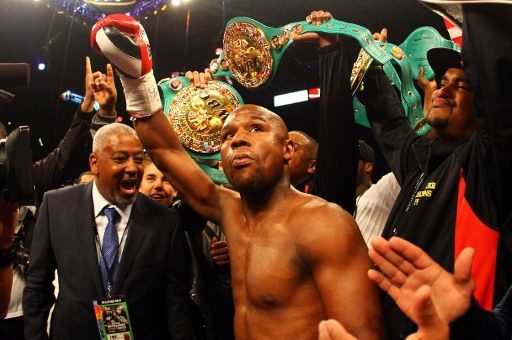 American Floyd Mayweather won the World Boxing Association super welterweight title with a unanimous 12-round decision over Puerto Rican Miguel Cotto Sunday at the MGM Grand. Mayweather, who stepped up in weight to fight Cotto, used fast fists and solid defense to win the fight. Cotto made Mayweather work for the victory as he won some of the middle rounds. Mayweather extends his winning streak to 43-0 with 26 knockouts.