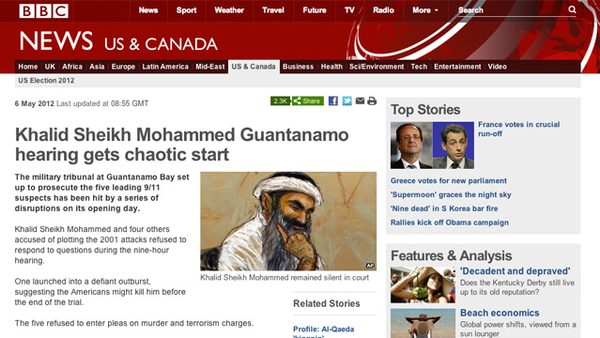 Appearing before a military tribunal, Khalid Sheikh Mohammed (KSM) and four others accused of plotting the September 11, 2001 attacks refused to respond to questions. One of the five launched into a defiant outburst, claiming the Americans will kill him before the end of the trial. Athough KSM has admitted responsibility in an interview with media, the five refused to enter pleas on murder and terrorism charges. The 9/11 attacks on the Twin Towers in New York killed 2,976 people and the charges can carry the death penalty. The tribunal’s rules include a ban on evidence obtained under torture. Defense lawyers for the 5 say the Guantanamo trials do not have legitimacy mainly due to the lawyers limited access to their clients. Victims’ relatives attended the hearing.

Read more on BBC and on Rappler.