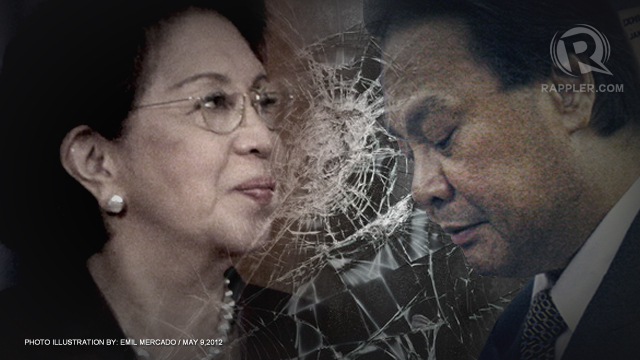 MANILA, Philippines (UPDATED) – The Office of the Ombudsman is set to file criminal and civil charges before the Sandiganbayan against dismissed Chief Justice Renato Corona and wife Cristina over their alleged ill-gotten wealth amounting to P130 million.

Ombudsman Conchita Carpio-Morales approved on Wednesday, January 29, a 22-page resolution of a special panel of investigators that found probable cause to indict the Corona couple for ill-gotten wealth and falsification of public documents, in particular Corona’s Statement of Assets, Liabilities and Net Worth (SALN).

Based on what they declared, the Corona couple earned about P30 million from 2001 to 2011, a statement from the Ombudsman said. Yet, their actual deposits and undervalued properties amounted to about P151 million, plus a net increase in net worth of P8.9 million.

“In sum, the Office of the Ombudsman determined that the Coronas’ unexplained wealth is at least P130,336,212.88,” the statement said. The amount is “a conservative estimate,” it added. (See table below).

The Ombudsman said it will file a petition for forfeiture with the Sandiganbayan, which is a civil case. The former Chief Justice will also be slapped with criminal charges: 8 counts perjury and 8 counts of violation of the Republic Act 6713 or the Code of Conduct of Ethical Standards for Public Officials and Employees.

The trial was resurrected recently following allegations by senators that President Benigno Aquino III had tried to pressure them to convict Corona.

It will be the second case to be filed in court against the dismissed chief justice. In May 2013, the Department of Justice approved the filing of tax evasion charges against him. (READ: DOJ approves tax evasion raps vs Corona)

The Office of the Ombudsman played a crucial role in Corona’s impeachment trial. During the trial, the prosecution panel could not access Corona’s bank accounts because of laws protecting the secrecy of dollar deposits.

The prosecution found a loophole in the SALN document, where public officials sign a waiver allowing the Office of the Ombudsman to obtain information from government agencies to show accumulated assets.

Banks are not required to cooperate but a government agency like the Anti-Money Laundering Council (AMLC) can because of the waiver. Morales testified before the impeachment court that Corona had at least US$10 million in bank deposits, citing data provided to her by the AMLC. (READ: How Ombudsman got access to CJ’s dollars)

The Ombudsman’s testimony prompted Corona to testify in his own trial on May 22. He made an opening statement that lasted 3 hours then walked out. (READ: 6 inconsistencies in Corona’s testimony)

On May 29, 2012, a total of 20 out of 23 senators declared him guilty of betraying the public trust and committing culpable violation of the Constitution for failing to accurately declare his assets in his SALN.

It was in December 2011 when allies of President Aquino in the House of Representatives impeached Corona. The following year, the Senate convened as an impeachment court and presided over a highly-charged trial that lasted nearly 4 months.

In a statement on Wednesday, Corona said that what they have “is the product of 45 years of hard, honest work.”

He described the Ombudsman’s move as part of the Aquino government’s “merciless persecution” against him and  his family.”The harassment continues without let-up. Malacañang and its attack dogs were not content with removing me from office. They have been filing all sorts of baseless and contrived cases against me and members of my family.”

Corona vowed to “fight this persecution to the very end, knowing that truth is on my side.” – Rappler.com