Jan 30, 2014 3:39 PM PHT
Facebook Twitter Copy URL
Copied
The death toll in the Maguindanao clashes rises to 41 as of Thursday morning, January 30. The military says 40 BIFF members and one soldier are killed. 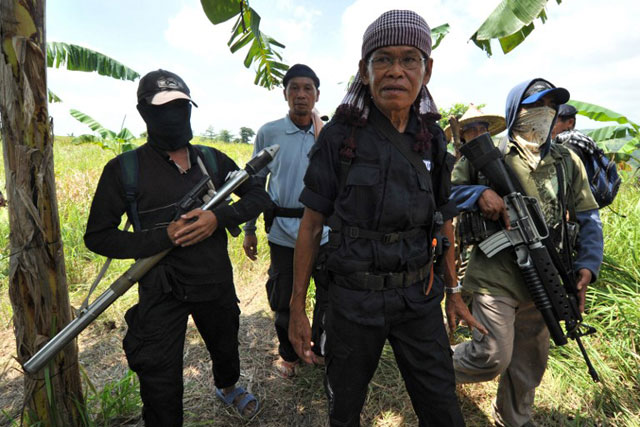 MANILA, Philippines (Update) – The Philippine military said it has captured strongholds of the Bangsamoro Islamic Freedom Fighters (BIFF) in Maguindanao but it is extending its offensive against the rebels to run after remaining members.

The death toll has risen to 41 as of Thursday morning, January 30. The military said 40 BIFF members and one soldier were killed. A total of 25 soldiers and rebels were also wounded.

The military operation was supposed to end Wednesday, January 29, but was extended for another 72 hours, or until Saturday, February 1.

Hermoso said the BIFF has splintered into “small groups” but the marshy terrain is proving to be a challenge, he said.

“We requested for an extension. It was okayed by the Government-MILF Ad hoc Joint Action Group (AHJAG). We were granted an extension of 72 hours,” he said.

Hermoso said they want to “degrade” the BIFF into a “mere police matter.”

The offensive against the BIFF is extended despite the calls of several groups, and even of the BIFF fighters, for a negotiation. (READ: BIFF open to talks)

The BIFF said they will wait for the government to initiate talks for either a temporary ceasefire or a full negotiation for the “Bangsamoro Islamic State” which they are demanding.

Hermoso scoffed at the BIFF’s call. “They’re now willing to negotiate because we got them. We think they should first answer to the crimes they’ve committed. They’ve beheaded people in Midsayap, they engaged in extortion activities,” Hermoso said.

“We already torched it. We cannot use it because we do not have roads here,” Mama said.

Thousands of families continue to stay in various evacuation sites while classes are affected as the sporadic exchanges of gunfire, air assaults, and artillery shelling continue.

Hermoso said they have identified 12 of the 40 BIFF casualties. They’ve included in their count freshly dug graves, which, he said, they did not touch anymore fearing they would violate cultural sensitivities.

Hermoso claimed that among those killed in the firefights were arm-toting child warriors as young as 15 years old wearing BIFF uniforms. He said they are coordinating with barangay officials to get their identities. – Rappler.com