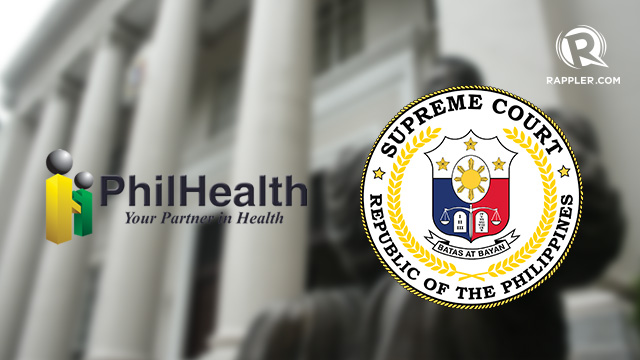 Calling the premium increase an abandonment of government responsibility to subsidize healthcare, the group also appealed for the issuance of a temporary restraining order (TRO) on the hike while the Court assesses its appeal.

Under the new scheme, the lowest monthly premium for members whose salary ranged from P8,999.99 and below increased from P100 to P200.

KMU said the premium hike unduly places a burden on the poor majority, citing government statistics that some 30%-40% of the population live on a monthly salary of P6,500.

“Indeed, the earnings intended for food requirement and other basic needs of the petitioners would be reduced as it would be utilized for the purpose of defraying the amount needed for the Philhealth Contributions Increase,” read the petition.

The coverage of the hike only included premium-paying members and overseas Filipino workers.

KMU said this scheme was “unreasonable and inequitable” due to its selective coverage. The increase, the group said, did not involve those whose salary ranged from P8,999.99 and above.

Hiding behind the cloak of social equity

According to Malacañang, there is a need to raise Philhealth premiums to ensure a sustainable “social protection program” for those who need the assistance of the government.

He added that the hike will not affect “sponsored” members whose premiums are fully subsidized by the state.

The petitioner before the High Court, however, said the scheme simply hides behind the cloak of social equity.

“It is disgusting that Philhealth has been presenting its extortion of members’ hard-earned money as a form of charity to less affluent Filipinos,” said KMU Chairperson Elmer “Bong” Labog in a statement.

Labog added that the increase was unnecessary.

“There is no need to expand Philhealth’s services and improve its services if the Aquino government has been providing accessible health care,” he said.

KMU said in its appeal for a TRO that the premium increase violated Republic Act (RA) 10606 or the National Health Insurance Act of 2013.

The law, KMU said, required an actuarial study prior to the fixing of the rate contributions. 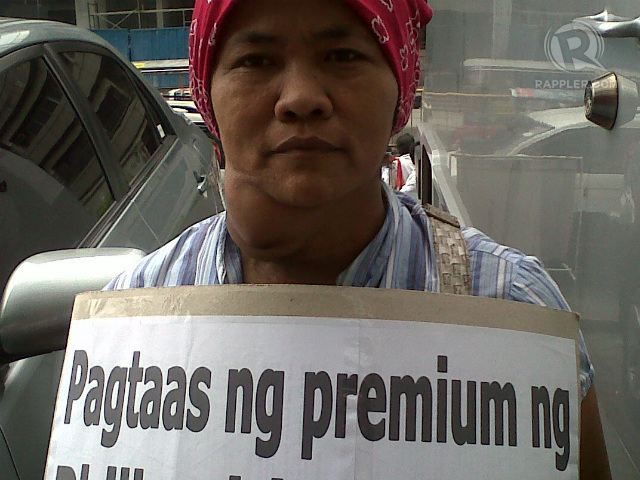 KMU also cited in its petition previous reports by the Commission on Audit (COA), citing the release of bonuses to Philhealth executives, employees, and contractors. COA had ordered government-owned and controlled corporations, including Philhealth, to return P2.3 billion in unlawful bonuses they paid to their executives in 2012.

Philhealth, for its part, said it is willing to defend the legality of the bonuses before the SC.

Dr Israel Francis Paragas, PhilHealth vice president for corporate affairs, said RA 7875 which was later on amended by RA 10606 authorizes the health insurance company “to fix the compensation of and appoint personnel as may be deemed necessary.”

KMU, however, said the releases “shows how greedy for profit government is.” – Rappler.com