No honeymoon for new French leader 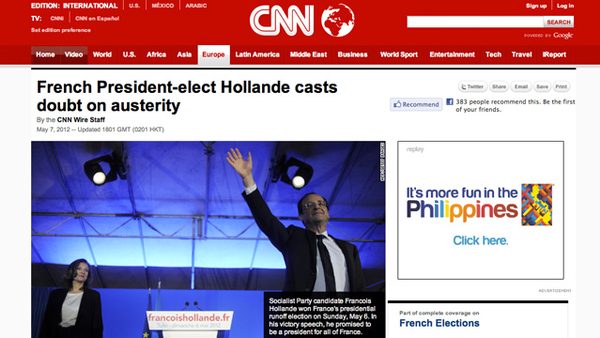 France’s new president Francois Hollande, in his victory speech, sent signals he would end the sharp budget cuts that Europe has adopted across the board to cope with the global financial crisis. “Austerity can no longer be something that is inevitable,” he said after winning a tough race against Nicolas Sarkozy. But there would be no honeymoon for Hollande, with German chancellor Angela Merkel stressing that the European Union fiscal pact is non-negotiable, which was championed by Merkel and Sarkozy. Merkel has invited Hollande to a meeting in Berlin next week.

For more on Hollande read CNN