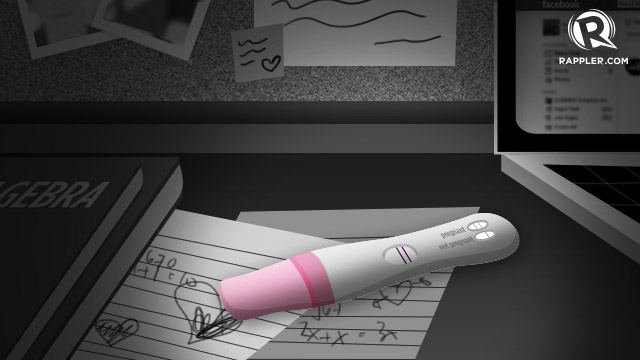 MANILA, Philippines – In the age of social media, more young Filipinos are engaging in premarital sex.

A recent study on the fertility and sexuality of Filipino youth and young adults released Thursday, February 6, showed the digitally-wired generation is exploring new forms of sexual behaviors and activities, too.

The 2013 Young Adult Fertility and Sexuality Study (YAFS) conducted among 19,178 respondents showed 1 out of 3 Filipino youth had premarital sex, most of them young adults aged 20-24 (54%).

“Increasing prevalence of premarital sex may mean greater acceptance of behavior among our youth than in the past,” Maria Marquez of the University of the Philippines Population Institute (UPPI) said.

“We suspect new media has something to do with this. That is what defines this young generation now,” survey director Josefina Natividad told Agence France-Presse.

The nationwide survey by the Demographic Research & Development Foundation and the UPPI noted the shift of young people’s preference from traditional to new media, which is also evident in their sexual behaviors.

Of the 19.2 million young people in the Philippines, the survey translates to 1.4 million youth who had engaged in casual sex, 600,000 who had experienced having a FUBU (f*ck buddy), and 1 million young men who had sex with other men.

They are, however, only adventurous to some extent. The prevalence of commercial sex remains low, as the study showed a slight decline in the number of young Filipinos who paid for or received payment for sex.

But access to more information through new technology did not mean safer sex choices.

The study showed that even as young Filipinos explore more forms of sexual activities, most of them do not use any form of contraception as protection from pregnancy or sexually-transmitted disease.

This includes 78% of those who engaged in premarital sex for the first time. (READ: In Manila, women demand long-term birth control)

Commission on Population executive director Juan Antonio Perez III, one of the reactors to the study, said the high number of unprotected first premarital sex encounters is something that should be studied further.

Another point of concern is the increase in teenage fertility in the past decade. Since 2002, the number of female teenagers who reported being pregnant had more than doubled from 6.3% to 13.6% in 2013. (READ: NSO: Teen pregnancy, maternal deaths on the rise)

Michael Tan, a reproductive health advocate and dean of the UP College of Social Sciences and Philosophy, said results of the YASF must be shown to the Supreme Court so teenage mothers could get more support from society. (READ: Abortion cases in PH rising: ‘RH law would be life saver’)

“The Supreme Court is going to meet very soon on the reproductive health law…We need to present these figures of YAFS to them to remind them the number of young mothers in the Philippines are also their fault. By depriving our youth of reproductive health services, of comprehensive sexuality and education, we are bringing this country down on its knees,” he said in a mix of English and Filipino.

President Benigno Aquino III signed the RH law in 2012 but a Supreme Court temporary restraining order stopped its implementation shortly after. – with reports from Agence France-Presse/Rappler.com