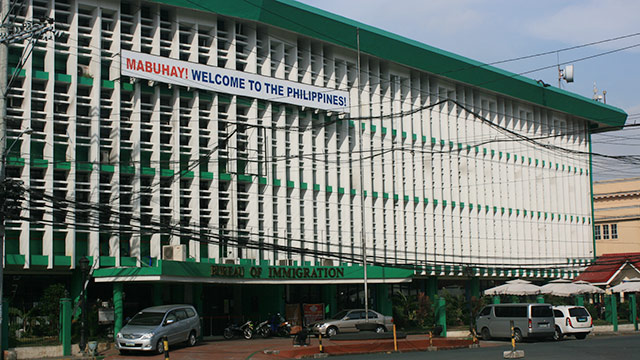 MANILA, Philippines – The Bureau of Immigration (BI) said it generated in 2013 its highest annual income in history.

The BI, one of the attached agencies of the Department of Justice (DOJ), deals with the entry and exit of people in the country by enforcing immigration laws. Its yearly collection comes from immigration tax, fines and penalties for violators of immigration policies, and payments for its services.

While the record-high collection will go directly to the National Treasury, the bureau also received for the fiscal year 2014 its highest ever percentage increase in appropriated funds.

With an approved budget of P650 billion under the 2014 General Appropriations Act, the bureau’s 2014 budget is 14.48% higher than the year before.

Mison added that the BI’s budget increase will help “upgrade its equipment and facilities to world standard,” as the bureau is set to purchase P70 million in equipment as part of its modernization and automation program.

The following will be purchased using the P70-million allotment:

Mison earlier explained that the upgrade was necessary for “faster processing and identification of foreign nationals with criminal records abroad,” emphasizing the need “to be [on] par with the sophisticated computers being used by the law enforcement agencies abroad that can send important data and figures in just few seconds.”

Neighboring countries such as Indonesia and Singapore are using biometric-capturing machines and high-tech computers to be able to prevent people using fake identities from leaving and arriving to their country, the BI chief said.

At present, BI personnel are utilizing passport readers which were purchased in 2008 and are good for only 4 years.

Travelers carrying fake immigration documents are often intercepted during final documentation check – the latest of whom was Kamaladchi Kumarasamy, a transfer-passenger in wheelchair bound for Canada who presented a “counterfeit” passport to immigration officers on January 22. Mison said he is counting on the full support of the two lawmakers to “combat the menace these 20th century crimes and the growing demands of migration.”

The new immigration law will replace Commonwealth Act 613 or the Philippine Immigration Act of 1940.

CA 613 has been amended by various Republic Acts but is criticized for its “antiquated provisions.”

The decades-old law was passed during the presidency of Manuel Quezon, at a time when issues brought about by a highly globalized world were yet to be considered.

Mison pointed to international criminal syndicates engaged in lucrative trade – “like the operations of one of the world’s most notorious drug trafficking syndicates, the Sinaloa drug cartel in Mexico” – now “penetrating and infiltrating” Philippine territory. (READ: Immigration on alert for assassins sent by drug cartel)

BI Associate Commissioner Ronaldo Ledesma also said the law is crucial to stop the entry of “undesirable aliens” to the country.

According to BI records, a total of 659 foreign criminals and fugitives hiding in the country were arrested in 2013, 40% higher than in 2012. – Rappler.com