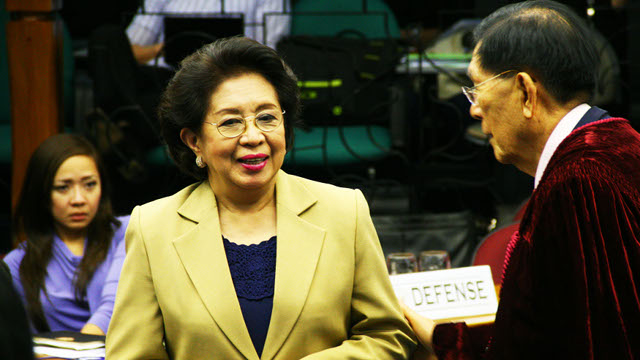 The 37th day of the impeachment trial of Supreme Court Chief Justice Renato Corona brings the Ombudsman, former SC Justice Conchita Carpio-Morales. She writes the court, asking to testify first – which it grants. She reveals her office asked for the help of the Anti-Money Laundering Council (AMLC), which tracked 82 dollar accounts belonging to Corona with at least $10 million. The Ombudsman submits 17 pages which shows 705 transactions.  Rappler obtained copies of the documents which show transactions increased during the 2004 elections and after his impeachment.

Read more about the testimony  and his transactions all on Rappler.