Fears pummel the euro as spectre of Greece exit grows 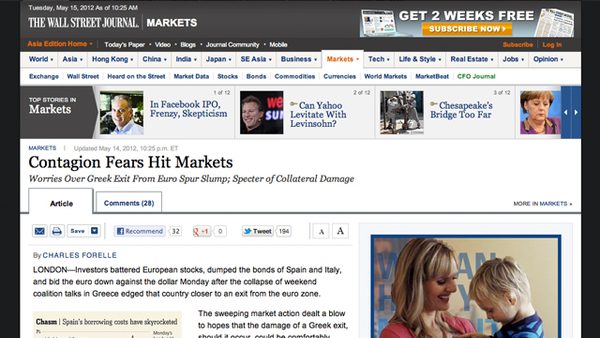 ‘A market carnage’ – that’s how the Wall Street Journal describes what happened to European stocks, markets and currency pummeled by fears sparked by a Greek election.  Investors dumped European stocks, sold the bonds of Spain and Italy, and pushed the euro down against the dollar Monday after the collapse of weekend coalition talks in Greece pushed it closer to an exit from the euro zone.  Add political uncertainty to the mix as austerity measures begin to bite.  On Sunday, Germany’s Angela Merkel suffered a major setback in a state vote.

Read more on the Wall Street Journal and on Rappler.