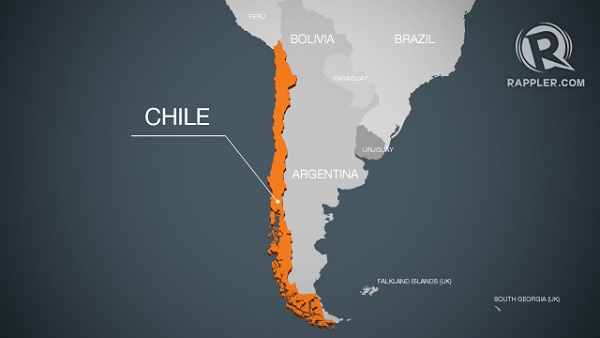 A 8.0-magnitude earthquake was recorded off Chile’s Pacific coast on Wednesday, April 2 at 7:46 AM PST (Tuesday April 1, 23:46 GMT). The location was reported to be 83 kilometers from Iquique on Chile’s northern coast, according to the United States Geological Survey (USGS). The Pacific Tsunami Warning Center issued a tsunami warning for Chile, Peru, and Ecuador. Authorities in Chile have reportedly carried out pre-emptive evacuations ahead of any possible tsunami. In February 2010, central and southern Chile were hit by a powerful earthquake of 8.8-magnitude followed by a tsunami that devastated dozens of towns.


Get the latest updates on Rappler.