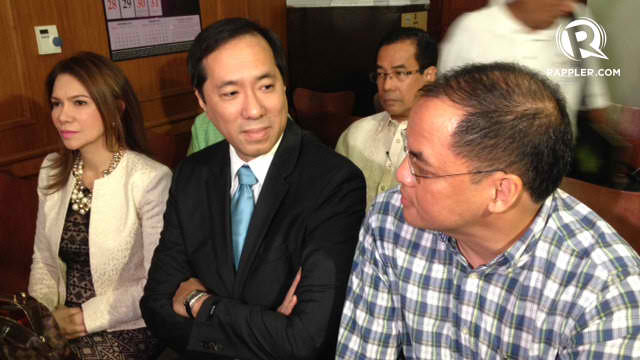 MANILA, Philippines – A Makati court on Wednesday, April 2, allowed the personal doctors of alleged pork barrel scam mastermind Janet Lim Napoles to perform the planned surgical procedure that would remove a myoma in her uterus.

In an order issued on April 2, the Makati Regional Trial Court Branch 150 granted Napoles’ request “to avail the services of the physician of her choice under the Philippine Medical Association Declaration on the Rights and Obligations of the Patient.”

Last week, the same court granted her motion for surgery and hospital confinement. Monday evening, March 31, Napoles was transferred from her detention facility in Laguna to the Ospital ng Makati (Makati Hospital).

Villa and Badillo-Pascua earlier testified before the Makati RTC Branch 150 on Napoles’ motion. Villa has been Napoles’ endocrinologist for years now, while Badillo-Pascua, an ob-gyn, was brought in only after a possible tumor was detected.

Napoles had earlier asked the court to allow her surgery and confinement at St Luke’s Medical Center and not in any government hospital. Her camp claimed she had a “bad experience” while undergoing medical examinations at the Camp Crame General Hospital. They also argued that the facilities in St. Luke’s were top-notch.