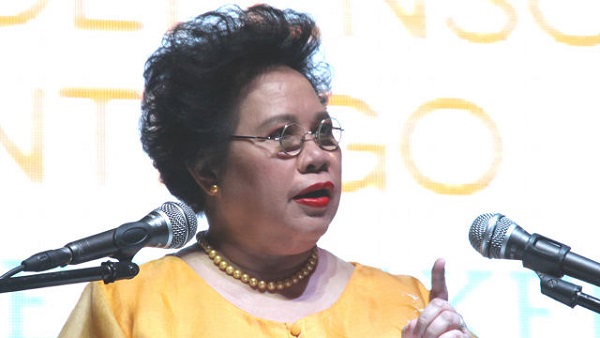 A senator fired the first salvo in opposing the peace agreement signed by the Philippine government and the Moro Islamic Liberation Front (MILF), as both sides hammer out a draft law to be submitted to Congress. Senator Miriam Defensor-Santiago called the Comprehensive Agreement on the Bangsamoro (CAB) illegal and unconstitutional since the deal “appears to facilitate” the creation of a substate in the Moro region. Government chief negotiator Miriam Coronel-Ferrer said the peace panel would rather seek a meeting with Santiago than address her criticism. She maintained that the deal that seeks to end 4 decades of conflict in Mindanao does not intend to create a state separate from the rest.