Apr 5, 2014 10:30 AM PHT
Rappler.com
Facebook Twitter Copy URL
Copied
(UPDATED) Rappler revives its Inside Track that chronicles events, and talks about people and places that matter 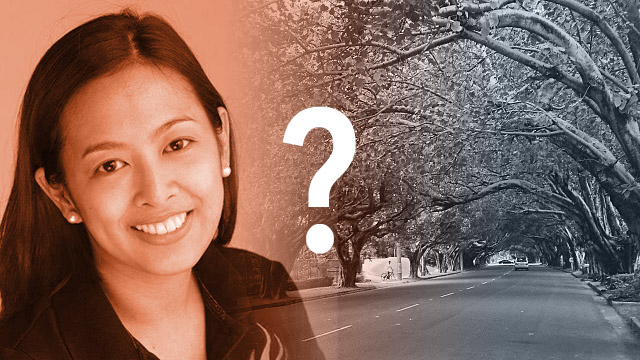 We heard it from her neighbors that Makati Representative Abigail Binay no longer lives in posh Dasmariñas Village. She and her family left about a week ago. And a sign outside the house where they have been living says: “Not for rent, not for sale,” the same neighbors reported.

That Abby Binay actually lives in Dasma was discovered by the public only recently, last December, when a CCTV footage showed her brother, Makati Mayor Junjun Binay, order the arrest of the village’s 3 security personnel after they refused to allow his 4-car convoy to exit through one of its gates. The incident happened on Nov 30, 2013, but was exposed only weeks later.

The Philippine Daily Inquirer uploaded a 15-minute video taken from CCTV footage from the village. In the video, Binay’s convoy, which included his sister Senator Nancy Binay, was barred from exiting the Banyan road exit. The Inquirer said the Binay siblings had come from the house of their sister Abby.

Netizens then wondered out loud how could Abby Binay afford a home in Dasma?

Joey Salgado, spokesman of the Makati mayor, texted on Saturday to say, “She can’t afford a house in Dasma. That’s why she was renting.” – Rappler.com

Speaking of departures, there’s word that the daughter of an influential politician has also left the sprawling abode she shares with her husband. Trouble at the home front has actually been simmering for sometime now, but the obedient daughter tried to keep things together. The family had other priorities, like making sure her father won in the last elections.

But after her dad crushed his rival, she’s had time to confront her domestic woes. The husband, scion of a wealthy clan, has been equally unhappy. One incident became the proverbial last straw that broke the camel’s back. We’re told that the politician’s daughter left fairly recently.

Her dad, however, is now faced with a problem. It seems he relied on the couple to keep his suspected ill-gotten wealth in banks and in various properties. So the taxpayers’ millions – or billions – are still in the couple’s conjugal name. How will our senior politician fix this without having to force his daughter to stop seeing her newfound friend? – Rappler.com