PH disaster agency puzzle: What to do with civil society? 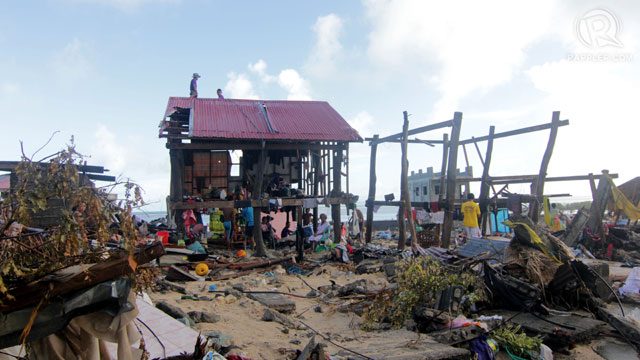 CEBU, Philippines – It was late in the evening, and the members of the National Disaster Risk Reduction and Management Council (NDRRMC) were itching to call it a day.

One by one, the council’s members – different government agencies – listed down their capabilities in disaster risk reduction, mitigation, response, and even recovery. The last government group presented their list and the council meeting was about to be dismissed when one women turned on her microphone.

“Excuse me, the Civil Society Organizations (CSO) haven’t presented yet,” said Adelina Sevilla Alvarez, lead convenor of the Disaster Risk Reduction Network Philippines (DRRNP)  and one of 4 CSO representatives in the NDRRMC.

She was met with an uneasy silence. Not wanting to make a fuss, Sevilla suggested: “How about I email our list to you instead and we can discuss it during our next meeting?”

It’s a small incident, but Sevilla says it’s indicative of how CSOs – non-governmental organizations (NGOs) and Peoples’ Groups – figure in the NDRRMC’s scheme of things. “We know more or less our role, we know what we want to do,” said Sevilla on the sidelines of a CSO summit in Cebu City.

“It’s just when you are a member of the council, you represent one sector. So now, we don’t know exactly what or how we should function as a representative in the council. We don’t know what exactly they want us to do,” added Sevilla.

It’s something CSOs in the country want to change.

Known to the ordinary Filipino as the government group responsible for disseminating information before, during, and even after a natural calamity, the NDRRMC is also a policy-making body.

But, Sevilla admits that hasn’t been a big part of her experience in the NDRRMC so far. “It’s supposed to be a policy-making body but we have not participated in a forum for example or a discussion that would look into policies…maybe because we were overtaken by events,” she said. 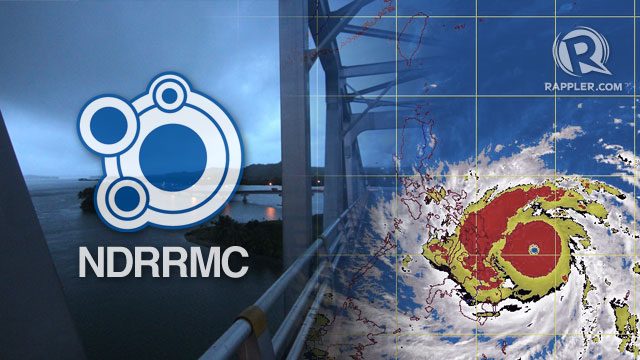 The event she’s referring to is Typhoon Yolanda (Haiyan), one of the strongest typhoons ever to make landfall. Yolanda’s destruction was unprecedented. (READ: NDRRMC: Too many cooks spoil the broth)

Even the NDRRMC, fresh from handling huge natural calamities such as strong typhoons and even a recent earthquake, found itself confused.

“There were instances during the council meetings where agencies will say: ay, ‘yon pala ang batas! Eto pala ang dapat nating gawin. Ay, eto pala. Ay dapat pala nag-cocoordinate tayo,” recalled Sevilla. (Is that what the law says? Here is what we’re supposed to do. We should be the ones coordinating.)

The NDRRMC is chaired by the Defense Secretary while the Defense Department’s Office of Civil Defense Administrator sits as the executive director. Cabinet secretaries also sit as vice chairpersons for the 4 “themes” that concern the NDRRMC – the Interior and Local Government Secretary for Disaster Preparedness, the Social Welfare and Development Secretary for Disaster Response, the Science and Technology Department for Disaster Prevention and Mitigation, and the National Economic and Development Authority Secretary-General for Rehabilitation and Recovery.

Yolanda, it turns out, exposed cracks in Republic Act 10121, the NDRRMC’s enabling law. But the cracks, Sevilla, weren’t in how the law was crafted, but its implementation.

“Yolanda showed us, showed everybody that there are many gaps in the law. Not only in the law itself but in the implementation of the law. The bottom line is, the law is not being implemented, it is not localized, meaning local government units (LGUs) or communities do not exactly know about the law,” she said.

Localizing the country’s laws on disaster risk reduction (DRR) is something CSOs strive to accomplish. They are, after all, the people closer to potential victims of climate change and other natural hazards.

Nobody in the council said a word, until one representative from a government agency looked towards Sevilla’s direction and said, “o, NGO explain daw.” (NGOs, please explain.)

Sevilla and other CSO representatives offered the government official a primer on DRR and a possible seminar. But it also showed another gap in the NDRRMC – officials lacked competence. (READ: Wanted: Messiah for disasters)

The summit was also an avenue for CSOs to air another concern: how they figure in the government’s rebuilding efforts after Typhoon Yolanda. It’s an awkward place to be in, especially since the president created a new office to head rebuilding efforts. 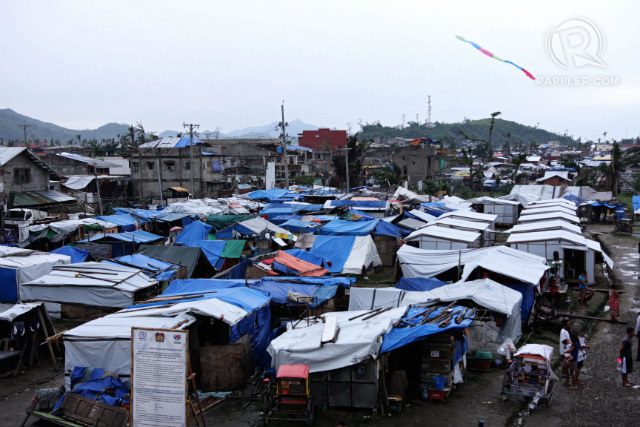 The disconnect between locals and the people in command are telling in some areas, said Zenaida Delica Willison, who has vast experience both in local and international NGOs. In one town, she noted, generous donors were willing to shell out over P50,000 for every home, using raw materials brought in from other countries.

The problem, she said, was that locals would rather use local materials to rebuild. The cocolumber they used in the past, they told her, lasted for over a decade – until Yolanda came, of course.

In coastal communities, the necessity of “no-build zones” is not a simple decision. Locals are aware of the dangers of living by the coast, but moving away to higher ground is much easier said than done – their lives and livelihoods, after all, are tied closely to the sea.

The government’s approach to rebuilding thus far: tapping the private sector to lead rehab and rebuilding efforts. It’s a move CSOs are cautious about. It’s natural for businesses, after all, to want returns in their investments. (READ: 9 giant firms lead Yolanda rehab)

It’s the conundrum government officials and even CSOs face. “Build back better” is the government’s battle cry in all its efforts to rebuild the towns and communities decimated by Yolanda.

Building back better may mean using better, more expensive materials to create structures that should last even the strongest of typhoons. But it can also mean uprooting families from areas they group up in – the same areas the government now deems unsafe. (READ: 130k Yolanda survivors still live in tents)

Five months after Yolanda, CSOs are hoping the government can get its act together to come up with a coordinated recovery plan – one wherein civil society will have a definite role to play. – Rappler.com