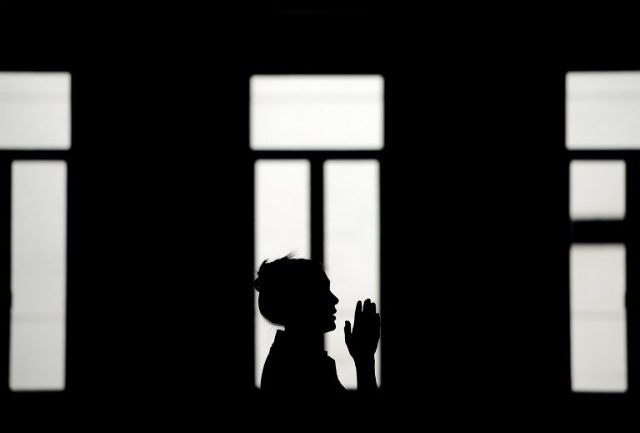 Facebook Twitter Copy URL
Copied
The Philippines should use its 'ethnic ties' with China in the dispute over the West Philippine Sea (South China Sea), analysts say

MANILA, Philippines – Chinese Filipinos should bridge the Philippines and China as the two countries suffer the lowest point in their diplomatic relations, analysts said, stressing the need for negotiations.

Marwyn Samuels, who has written extensively about the dispute over the South China Sea, said the Philippines should use its “ethnic ties” with China, especially as tensions between them rise.

A professor at Syracuse University in New York, Samuels spoke at a forum titled “Understanding 21st Century China: All Under Heaven?” The forum took place at the Asian Institute of Management on April 2, days after the Philippines filed a historic pleading against China over the West Philippine Sea (South China Sea).

Samuels said Chinese Filipinos “should be proactive and seek to gain the understanding of China and to represent the Filipino people and society.”

He made this call especially to “major figures” among Chinese Filipinos.

Comprising at least 1.5% of Philippine population, the country’s ethnic Chinese community wields huge influence in business and other spheres. Two of the Philippines’ richest men, Henry Sy and Lucio Tan, in fact come from Chinese families.

In an interview with Rappler after the event, Samuels said the Chinese consider Chinese Filipinos as “special people.” The author of the book Contest for the South China Sea described the Chinese as “ethnocentric.”

“They think the Filipino Chinese will understand them also because they are part Chinese or fully Chinese. But in any case, they are Chinese, so they’ll understand. The Chinese people, very often, think that Westerners, foreigners don’t understand them because, well, they’re Chinese,” he said.

Chito Sta Romana, a Filipino journalist who worked for China for more than 3 decades, agreed that the Philippines should “maintain the people-to-people contact.” He called this the “second best solution” as the flow of official communication between the Philippines and China “is virtually limited to protests.”

“The Filipino Chinese can play a special role because of their ethnicity. They’re considered as relatives by the Chinese so that they can play the role of a bridge, or even intermediary. And they understand the culture, they understand the thinking of China. And they can actually be able to share that with the Filipinos, and hopefully it will make it smoother,” Sta Romana explained.

He said the Philippines doesn’t necessarily need Chinese Filipinos as negotiators, because “they’ll be put in a very delicate situation.”

Members of the Chinese community in the Philippines, however, can “build a bridge of understanding,”  Sta Romana said.

They can also help in a “patient explanation of both sides,” which can lead to to “the idea of sharing the resources” in the West Philippine Sea, as well as “the idea of an amicable settlement.”

“That will not happen in a courtroom. That will have to happen through discussions,” he said.

While supporting negotiations, Sta Romana said he backs the arbitration proceedings initiated by Manila against Beijing. His country, after all, “had no choice” particularly when China refused to withdraw its ships from the disputed Panatag (Scarborough) Shoal in the West Philippine Sea in 2012.

“I support arbitration. I think we should push it to the end, but we should have no illusion that this will be a quick solution or that it will be a final solution. A legal clarity will help to strengthen our case, but then you have to face the issue of a negotiated settlement with the Chinese, or convincing them to abide by a decision, if you win. If you lose, then you have to have bilateral talks,” Sta Romana told Rappler.

Alfonso Siy, president of the Federation of Filipino Chinese Chambers of Commerce and Industry, said he supports arbitration but fears “it will not work.”

“I’m for negotiation – at least to try; to start,” Siy said. “It is China’s hope that the Philippine side could, in the spirit of seeking common grounds while shelving differences, work with the Chinese side to properly handle relevant disputes, and to overcome obstacles and bring the bilateral ties back to the normal track of development,” the Chinese embassy said after Chinese Ambassador to the Philippines Zhao Jianhua met and presented his credentials to Philippine President Benigno Aquino III on Tuesday, April 8.

The Philippines, however, said it brought China to court after more than 17 years of fruitless dialogue. – Rappler.com