Education for all by 2015? Not happening, says Unesco 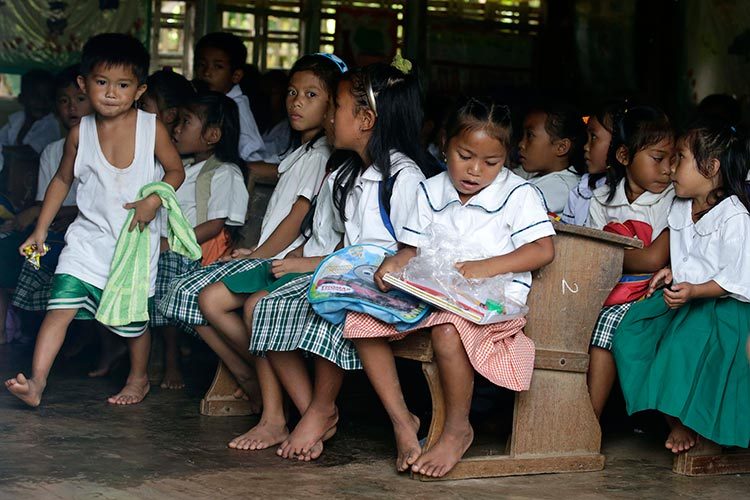 Facebook Twitter Copy URL
Copied
According to the UN agency, countries still lagging behind their goals must spend more on education
MANILA, Philippines – Zero out of 6.

With less than a year before the global deadline, Unesco said not a single goal of the Education for All (EFA) initiative will be met by 2015.

The Department of Education (DepEd) released on Tuesday, April 8, the 11th EFA global monitoring report which “makes it clear” that while there have been advances in education since the commitment in 2000, people in the most marginalized groups are still denied education opportunities.

“57 million are still failing to learn simply because they are not in school,” Unesco Director-General Irina Bokova said in the report.

She also mentioned how, aside from access, poor quality of education is still a crisis. “One third of primary school children are not learning the basics, whether they have been to school or not.”

EFA is one of the many efforts being made to achieve 2015 Millennium Development Goals.

The report gave updates on how countries are faring when it comes to all 6 EFA goals.

The report showed many children still lack early childhood care and education, and only 48% of 141 countries are projected to reach the 2015 target.

Goal 2: Provide free and compulsory primary education for all

Universal primary education is likely to be missed by a wide margin, with 57 million children still out of school as of 2011.

Half of the number, according to the report, live in conflict-affected countries, while more than half or 54% are girls. By 2015, only 56% of 122 countries are expected to meet the 2nd goal.

According to the report, 69 million adolescents are out of school even if lower secondary schooling is deemed the most effective way to acquire foundation skills.

It is expected that only 46% of 82 countries will achieve universal lower secondary education by 2015.

In the Philippines, DepEd is set to bring 1 million out-of-school youth back to school this year. (READ: DepEd 2014 target: Get 1M dropouts back to school)

The 4th goal hardly improved, the report showed, with 774 million illiterate adults all over the world as of 2011. Almost 2/3 of the number are women.

By 2015, the number of illiterate adults is projected to decline to 743 million, with only 29% of 87 countries expected to achieve universal adult literacy. 5 countries of West Africa have the world’s lowest literacy rates (below 35%).

Gender parity, or the equal enrollment of girls and boys in school, was supposed to be achieved by 2005, but it is expected that by 2015, 21% of countries will still experience gender disparity both in the primary and secondary levels.

Goal 6: Improve the quality of education

The report showed around 250 million children are unable to read, write, or do basic mathematics despite 130 million of them spending at least 4 years in school. This costs around US$129 billion annually, Unesco said.

Recent trends showed a rapid increase in the number of teachers in schools, but countries have been hiring even those without proper training. Less than 75% of primary teachers in one-third of countries with data are trained according to national standards, while 11 of 60 countries had less than 50% of their secondary teachers trained.

But evidence points to teacher support as the key to improving education quality.

“Governments must step up efforts to recruit an additional 1.6 million teachers to achieve universal primary education by 2015,” Bokova said.

To do this, the report identified 4 strategies. According to Bokova:

“These policy changes have a cost. This is why we need to see a dramatic shift in funding. Basic education is currently underfunded by $26 billion a year, while aid is continuing to decline,” Bokova noted.

For Unesco, countries still lagging behind their goals must spend more on education.

Since the 2000 Dakar Framework for Action failed to specify how much countries should commit to education, the post-2015 target must be for all countries to allocate at least 6% of their Gross National Product (GNP) to education.

In the Philippines, education is among the top 3 areas of focus when it comes to budget allocation. But as of 2012, the Freedom from Debt Coalition said the country spends only 2.2% of GNP on public education – a “far cry from the international benchmark.” – Rappler.com