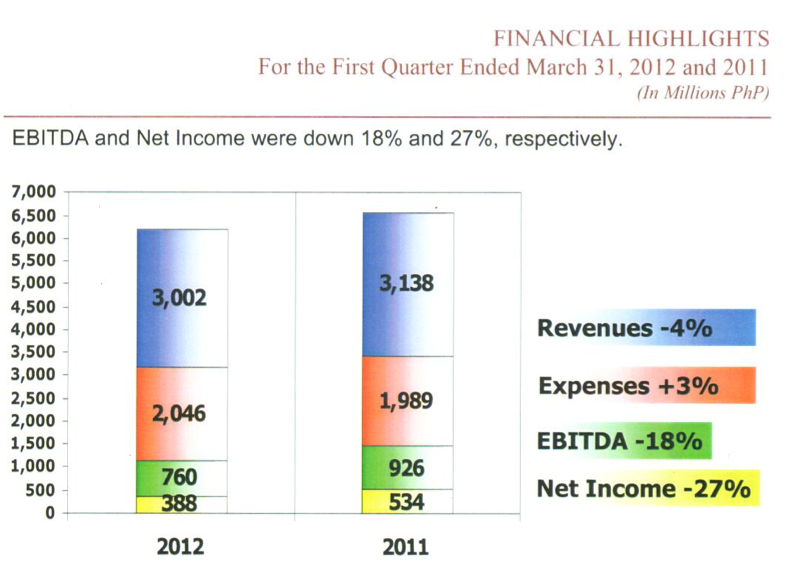 The net income of the country’s second largest media group dropped by 27% in the first quarter of this year compared to the same period in 2011. It registered a net income of P388 million, compared to 2011’s P534 million. The drop was attributed to income from revenues which slipped from P2.87 billion also in the first quarter in 2011 to P2.7 billion in 2012. During a press conference, chairman Felipe L. Gozon said that unlike its main competitors ABS-CBN and TV5, they do not have “captive advertisers.” ABS, he said, has Colgate, while TV5 has Smart, Meralco, and the Philippine Long Distance Telephone company.