Until the next dance: A story of a vanishing tribe

Apr 12, 2014 3:30 PM PHT
Dax Simbol
Facebook Twitter Copy URL
Copied
The Abelling tribe of Tarlac is slowly vanishing – and along with it, its culture, practices and traditions 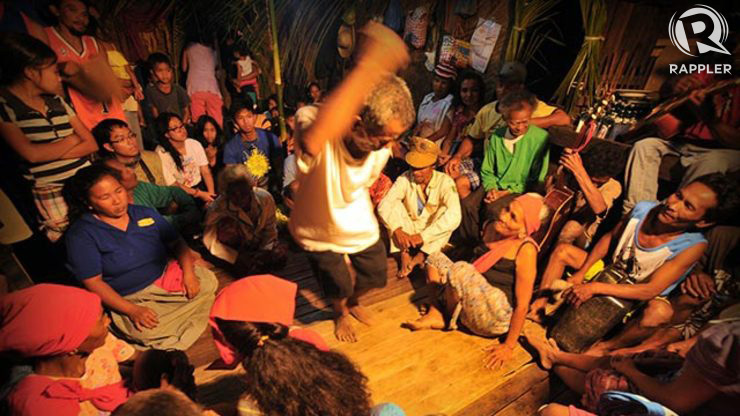 Abelling Tribal Vice-Leader Johny Basilio said that according to his ancestor’s oral history, they have been hunting and gathering in the province of Tarlac even before the Aetas. Another proof, he said, is that their language, Aberling, is way different from the Aetas’ Sambal dialect.

Today, most Abellings are farmers, carpenters and fishermen. They rely heavily on the forests around them for food, shelter and medicine.

The Abelling tribe is ruled by a council of elders, composed of 14 individuals, all are well-versed in herbal medicine, hunting, fishing, gathering, trade crafts like weaving, cooking, bow and arrow making.

But one more important unifying factor is that all are portals for the anitos. Each elder can be possessed by the anito spirit upon calling, and it is in this state that important decisions are made on behalf of the tribe.

Like many other indigenous group, they are faced with the temptations of modern city life, technology and to some, even social media.

Many of the younger generation have chosen to live and work in the city. Other men have married women from outside their tribes. The Abelling tribe is slowly vanishing, and along with it, its culture, practices and traditions.

The council of elders is getting smaller each year due to old age. It became the elders’ decision this year to accept one Abelling member into the council. But the decision would need the approval of the anitos.

Only 3 candidates have stepped up from the younger generation to be part of the council. Only one was chosen as candidate – Berting, whose own age is unknown even to himself. Berting’s father once made a pact with the oldest council member, Apo Totoy, for his son to be made a council member, but the decision still lay with the spirits.

But in choosing a worthy council member, the spirits have to be invoked, through dancing day and night, drinking and offering of food and pigs. This is called the Paduyduy, or a thanksgiving ritual typically celebrated for a bountiful harvest. This year became more special with a tribal member having to be chosen for the council – if the spirits approved. 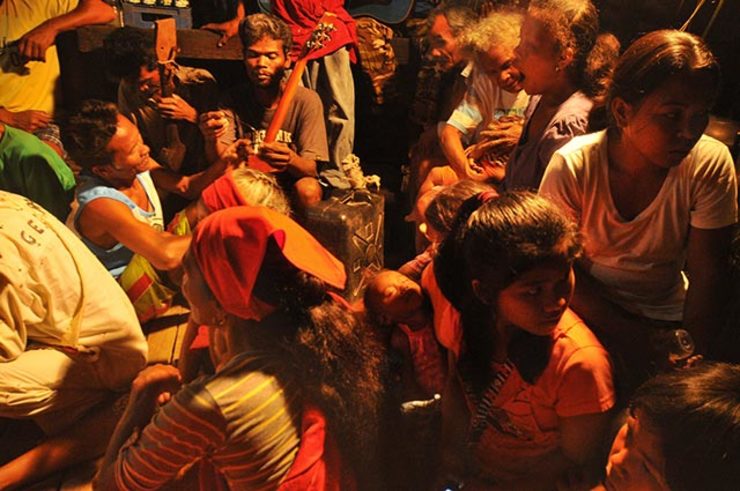 Ka Freddie, 59, explained the requirements for being chosen in the council. “Dapat may mabuting pagkakakilanlan sa komunidad at matulungin dahil isa na siya sa mga hihingan ng payo ng mga nakababatang Abelling.” (There should be identity with the community and he should be helpful because he will be one of those whose advice will be sought by the younger Abelling.)

All for the spirits

The wooden floor of the elevated house was repaired by the village men to accommodate the hundreds of visitors trying to peek into the rituals and the dancing inside the house. Outside, a special coral was built for the sacrificial pig, whose sole purpose for being raised was its blood for the ritual.

Red scarfs were prepared for the women elders, the kurungkung. A native guitar was used together with a pala-i or gong for the music to be laid during the dancing of the spirits.

Apo Totoy’s house and immediate vicinity has become a communal place for everybody, kids, visitors from far away sitios and those just curious about the noise. Ironically, Apo Totoy’s home is mostly off limits even to relatives in typical days except for those seeking cure from illnesses and accidents.

At around 3 in the afternoon of the last day, everybody formed a circle around the pig to be sacrificed, music played in the background with the chants of the elders. Six young men were chosen to lift the pig that was supposed to circle Apo Totoy’s house 5 times before being slaughtered.

The elder women lined up beside the men carrying the pig still chanting, carrying special whips made days earlier.

After the traditional walk around the house, the pig was placed on the balcony of the house for everybody to see. It was then fed various native food and root crops. If the pig does not swallow any of the food offered it, it means the spirits do not approve of the candidate and he would have to wait till the next Paduyduy which the council will determine.

In the end, the spirits did not approve of the lone candidate. They made their decision known through the council of elders during their trance dancing.

The Abelling tribe will once again have to wait for years for the spirits to return. Until then, the tradition, secrets and customs remain with the few remaining elders. – Rappler.com