Apr 16, 2014 6:28 PM PHT
Facebook Twitter Copy URL
Copied
(UPDATED) The case, an OFW, makes the Philippines one of the first 2 countries in Asia outside the Middle East to have laboratory-confirmed cases of the virus 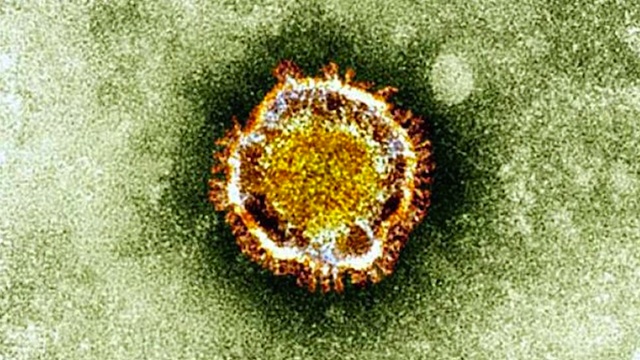 MANILA, Philippines (UPDATED) – The Department of Health (DOH) announced on Wednesday, April 16, the first laboratory-confirmed case of the MERS Coronavirus infection in the Philippines.

The man, an overseas Filipino worker (OFW), had contact with another OFW who died of the virus in the United Arab Emirates (UAE), Health Secretary Enrique Ona told Rappler in a text message in the afternoon.

“He tested positive on the nose swab examination in UAE but completely no symptoms,” Ona said.

The OFW “understood the risks from the disease and has been cooperative,” the department said in a separate statement.

With the reported case, Tayag said the Philippines and Malaysia – who also reported their first case on Wednesday – are the first 2 countries in Asia outside the Middle East to have a laboratory-confirmed case of the virus.

The OFW arrived in the Philippines on Tuesday, April 15.

Ona said both the health department and the Department of Foreign Affairs (DFA) were immediately informed by the Philippine embassy in UAE about the results.

“DOH and Bureau of Quarantine put him in isolation with his family and everyone who has had contact with him within the past 24 hours. We also retested him and the result will come out on Friday,” he said.

The MERS or Middle East Respiratory Syndrome Coronavirus is a highly fatal, influenza-like illness characterized by fever, cough, and often with diarrhea.

DOH said there is limited data on its transmission, “possibly through direct contact of household members and health care providers exposed to confirmed cases.”

As of Sunday, April 13, the World Health Organization reported a total of 228 laboratory-confirmed cases, with 92 deaths from 10 countries, mostly from Saudi Arabia and Qatar. (READ: UAE announces first case of MERS-virus infection)

The DOH advised any person with travel history to the Middle East and with severe respiratory illness to be tested for the MERS Coronavirus.

“These cases are reported to the NEC (National Epidemiology Center), and the Research Institute for Tropical Medicine (RITM) confirms the diagnosis. Also, the Bureau of Quarantine continues to screen travelers at the points of entry,” the DOH said.

Despite this, the department clarified there is no travel restrictions to and from Middle East countries. Travelers are, however, advised to avoid contact with persons with an influenza-like illness, and to observe frequent hand washing.

Tayag cautioned Filipinos traveling to Mecca for the Umrah to report any illness once they return to the country since Malaysia’s first case, who died last Sunday, came home from the pilgrimage.

If they fall ill within 14 days upon arrival, they must report to any hospital and delay going to crowded places “until symptoms disappear.” Hospitals have been instructed by the department to report any patient who may be suspected to have the infection.

Ona said DOH is performing an intensive contact tracing and public information campaign, while two specialists are set to leave for the UAE soon. – Rappler.com