Apr 17, 2014 8:06 AM PHT
Facebook Twitter Copy URL
Copied
CPJ praises the conviction of a gunman for the murder of broadcaster Gerry Ortega. But it's not enough to pull the Philippines out of the Impunity Index. 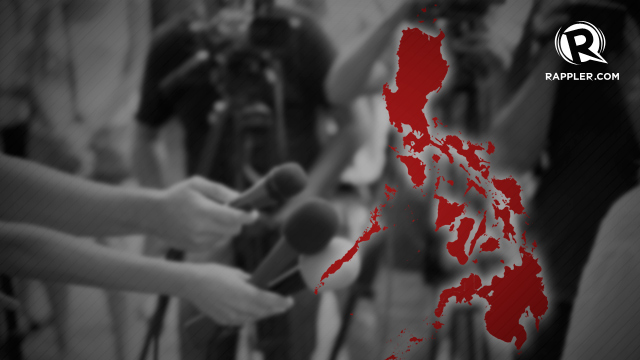 MANILA, Philippines – The New York-based watchdog Committee to Protect Journalists (CPJ) praised the successful conviction of a gunman who shot Palawan-based Filipino broadcaster Gerardo Ortega in January 2011. He was sentenced to life in prison.

But it was not enough to pull the Philippines out of the CPJ’s 2014 Impunity Index, which calculates the number of unsolved journalist murders as a percentage of a country’s population.

For the 5th year now, the Philippines retained its ranking as the 3rd worst country in solving murders of journalists following Iraq and Somalia, according to the CPJ publication released on Wednesday, April 16.

“Last year’s conviction of a gunman who shot broadcast investigative journalist Gerardo Ortega in 2011 was a welcome development but did little to change the rampant impunity in the Philippines, which has held the third worst spot on the index since 2010,” the CPJ report said.

There were 3 new murders in the Philippines in 2013 hiking the total to 51 journalists still awaiting justice since the CPJ started its monitoring in 2008.

The report took a swipe at a government statement declaring the end of impunity in the Philippines.

“More than 50 journalist murders that took place from 2004 through 2013 remain unsolved, belying the claim made in November 2013 by the office of President Benigno Aquino III that “there is no more impunity” in the Philippines,” according to the report.

The report recalled the 2009 massacre of journalists in Mindanao in what is considered the world’s worst election violence. “The victims include 32 journalists massacred in Ampatuan town, Maguindanao, in 2009 and freelance photographer Mario Sy, one of three journalists gunned down last year. Sy was shot in front of his wife and daughter following publication of a series of photos on drug trafficking,” the report added.

Iraq, with 100% impunity in 100 cases, has topped the rankings ever since the survey began in 2008. Since then, 2012 was the first year that no journalists were killed in relation to their work in Iraq, but 2013 saw a spike to 10 journalist killings, nine of them murders, CPJ said.

There were 4 new murders in Somalia in 2013. “Elusive armed insurgent groups have terrorized the media beyond the reach of Somalia’s fragile law and order institutions, but authorities have also failed to adequately investigate attacks by other sources,” CPJ said.

Syria entered the Impunity Index for the first time. “More than 60 media fatalities by crossfire and dangerous assignment and unprecedented numbers of abductions have marked Syria as the most dangerous country in the world for the media, and now deliberate murder adds a chilling new threat to the mix,” the report said.

Only those countries with 5 or more unsolved cases are included on the index. This year, 13 countries met the criteria. There were 12 last year, CPJ said.

The watchdog said 96% of victims are local reporters, most of whom covered politics, corruption and war.

Here is the list of the 13 countries where at least 5 journalists have been murdered from 2004 to 2013 without a single perpetrator being convicted.

The number in brackets refers to the number of murders in 2013 unless otherwise specified.

– with reports from Agence France-Presse