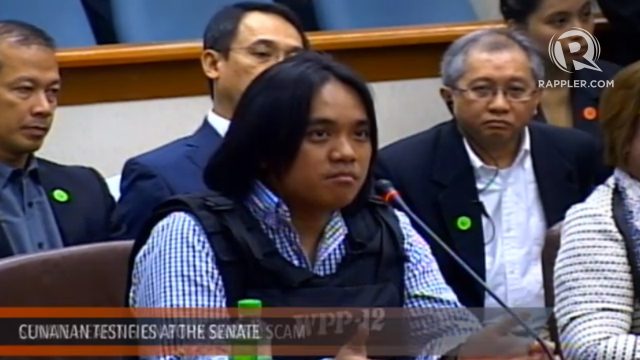 Facebook Twitter Copy URL
Copied
The Manila court sets a hearing, after Luy files a motion for reconsideration and a motion for discharge before the court

MANILA, Philippines – The Manila regional trial court (RTC) Branch 22 will hear on Friday, April 25, Luy’s appeal against a preservation order on his assets issued by the court.

This, despite Justice Secretary Leila de Lima saying that the court-issued assets preservation order (APO) on Luy’s properties is consistent with the affidavit he submitted to the Department of Justice (DOJ). (READ: Freeze order on Luy’s assets consistent with DOJ evidence)

Issued on March 25, the APO effectively froze properties suspected to have been acquired using money from the illegal siphoning of lawmakers’ Priority Development Assistance Fund (PDAF).

Covered by the APO were select properties of Luy, alleged pork barrel scam mastermind Janet Napoles, her family members, non-governmental organizations in her name, and other suspects in the PDAF scam.

In the 33-page order, Executive Judge Mariano dela Cruz Jr said there is reasonable cause to believe that the subject properties are “related to unlawful activities” stemming from the controversial multi-million-peso PDAF scam.

With the order in place, Luy is prevented from making any “transaction, transfer, removal, conversion, concealment or other disposition” of the subject properties.

Luy, however, has maintained that his status as a state witness exempts his assets from court-issued freeze orders.

The state witness cited a Supreme Court ruling that tags as “criminal” property forfeiture proceedings, invoking his immunity from criminal prosecution as a state witness. (READ: Benhur Luy: Exempt me from assets freeze)

The Manila RTC Branch 22 is hearing Luy’s property forfeiture case filed by the Anti-Money Laundering Council (AMLC), the country’s financial intelligence unit, through the Office of the Solicitor General. The APO is effective until the final ruling on the case, when the court decides if the properties should be permanently seized by the state.

Luy is the principal state witness in the cases involving the PDAF scam, a scheme that channeled lawmakers’ PDAF to ghost projects of bogus non-governmental organizations (NGOs) associated with Napoles. On paper, Napoles’ NGOs served as PDAF beneficiaries.

The scam was exposed by Luy, after he was rescued by National Bureau of Investigation (NBI) agents in March 2013. He was allegedly illegally detained by Napoles and her brother Reynald Lim.

De Lima is still evaluating Napoles’ testimony, saying it would be an “abdication” of her “duty as a truth-seeker” not to listen to Napoles. (READ: DOJ suspends judgement on Napoles testimony) – Rappler.com