Apr 25, 2014 7:32 PM PHT
Rappler.com
Facebook Twitter Copy URL
Copied
The group Bayan says the protest activities are meant to tell the US president that American troops are not welcome in the Philippines under the proposed military access agreement 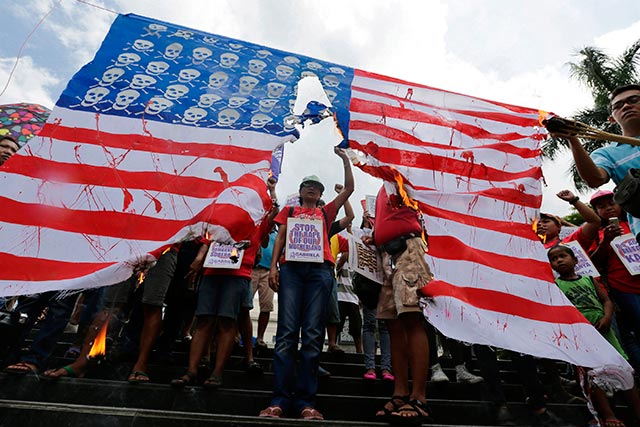 The militant group Bagong Alyansang Makabayan (Bayan) said on Friday, April 25, that they had prepared to stage several protest activities to relay the message to Obama that he and American troops are not welcome in the Philippines. They called evil the United States’ agenda in the country and the rest of the Asia Pacific region.

On Tuesday, Obama kicked-off his Asian tour that would bring him to Japan, South Korea, Malaysia, and the Philippines to push for the US military pivot and the Trans Pacific Partnership Agreement (TPPA).

In a statement, Bayan said militant organizations in the Philippines fear for the possible railroading of the agreement giving US troops access to Philippine military facilities. The Framework Agreement on Increased Rotational Presence and Enhanced Defense Cooperation (FA-IRPEDC) between the two countries are expected to be signed during Obama’s visit. 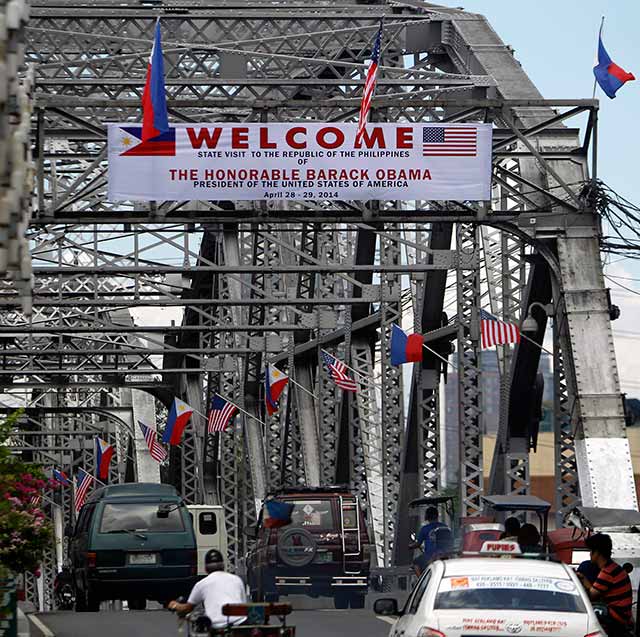 Under the FA-IRPEDC, the Philippine government agrees to give full access to US troops and their warships to station on facilities of the Armed Forces of the Philippines nationwide and even the old US military bases in Clark and Subic.

“This access agreement between the US and PH governments is nothing but a clear one-sided pact for the sole benefit of the Obama administration and not for the Filipino people, contrary to the pact’s AFP modernization justification. Upon entering FA-IRPEDC, the country will only be dragged in to the wars being mongered and instigated by the US,” said Mark Louie Aquino, Bayan Metro Manila secretary-general.

“Aside from this, the FA-IRPEDC, which is being pushed by Obama and Aquino will clearly discredit the Filipino people’s victory when we terminated the US bases in the country on September 16, 1991, due to our strong collective protests and pressure. This access agreement is nothing but de facto basing that must be condemned and opposed.” Aquino added. – Rappler.com