PNoy meets with INC on eve of CJ testimony

May 21, 2012 12:11 PM PHT
Rappler.com
Facebook Twitter Copy URL
Copied
Palace denies the meeting had anything to do with the reported INC lobby for the acquittal of Chief Justice Renato Corona 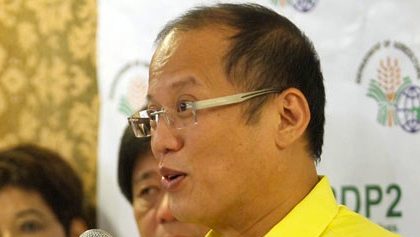 It was the President who asked for the “private meeting,” which was held at the INC headquarters in Quezon City, according to Presidential Spokesperson Edwin Lacierda.

The meeting came a day after the Philippine Daily Inquirer reported about a supposed lobby being made by INC leaders with senator-judges for Corona’s acquital. The Inquirer report, quoting an unnamed legislative source, identified INC officials Dan Orosa and Resty Lazaro as the ones who reportedly had been doing the rounds of senators since the trial went on a long Lenten break. The trial resumed May 7.

But Lacierda said that the Palace had been trying to arrange for the meeting since the Holy Week.

Nonetheless, he said “we don’t believe the INC is lobbying for Corona.” Lacierda conceded the two discussed the Corona trial.

The talks centered on the “burning issues of the day,” Lacierda added. The President also wanted to touch base with Aquino supporters, he said. The INC backed Aquino in the 2010 presidential race.

Asked to describe the President’s relations with the INC, Lacierda said “warm.”

The Inquirer report also named other INC members, Manny Cuevas and Victor Cheng, as among those who have been lobbying for Corona’s acquittal. Cuevas is a brother of lead defense counsel Serafin Cuevas. – Rappler.com