May 22, 2012 5:25 PM PHT
Rappler.com
Facebook Twitter Copy URL
Copied
The Chief Justice defies the impeachment court but his lead counsel says he will return to the stand Wednesday, May 23

After delivering his statement before the court, Corona declared, “I am the chief justice I want to be excused” and left the witness stand with his wife Cristina.

He said, “If you are going to disrespect this court, this court will do a decision on this case right now.”

Corona signed a waiver on his dollar and peso accounts, authorizing banks to disclose information, on condition that the 188 members of the House who signed the impeachment complaint, do the same.

Enrile ordered all Senate doors closed, saying he will not tolerate any outward disrespect for the impeachment court. 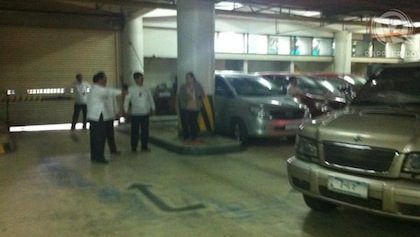 In the chaos that followed, the media made a mad scramble to locate him within the Senate premises. The Senate’s basement garage was closed down to bar possible flight. Corona’s black vehicle which was parked in the basement was waiting for him but was unable to leave. Later, he was reported to have gone to the Senate clinic before he eventually found his way to the Senate executive lounge. He returned to the session hall in a wheelchair, without his coat and a loosened necktie.

Stricken off the record

A visibly irked Enrile admonished lead defense counsel Serafin Cuevas in the presence of Corona, “If he does not want to be cross-examined, you know the consequences of that.” He would order that Corona’s statement be stricken off the record and the impeachment court would decide on evidence that is on the record.

Cuevas reassured Enrile, “There is no such plan, your honor. I didn’t realize he was suffering from chest pain and was having difficulty” because of hypoglycemia.

“I will not allow any slight, any abuse of authority of this court, as long as I am presiding officer.

We will decide this case on the basis of the evidence on record.”

A peeved Enrile also admonished Cuevas, “Hinayaan kong magsalita nang napakahaba. Hwag naman kaming babastusin.” (I allowed him to speak for a long time. We deserve some respect.) Corona was allowed to speak for about 2 hours with interruptions and breaks. He was interrupted at least six times but was nevertheless allowed by Enrile to continue speaking.

Corona’s counsel tried to excuse his client, saying his family panicked when they saw him become pale. When asked whether Corona can be cross-examined, Cuevas said he is “not physically able or mentally suited.”

Enrile, with the support of the impeachment court, said he was giving the defense until Wednesday, May 23, to bring back Corona for cross examination.

“What he said here is nothing unless he is cross examined by opposing counsel. If he does not appear, we will strike everything off the recrod and submit the case for decision,” Enrile warned. – Rappler.com