What is EDCA? Look at Zambo’s PH-US joint operations

May 15, 2014 8:00 AM PHT
Carmela Fonbuena
Facebook Twitter Copy URL
Copied
As the defense agreement is scrutinized on the national stage, the issues raised by local officials with 'semi-permanent US presence' are repeated 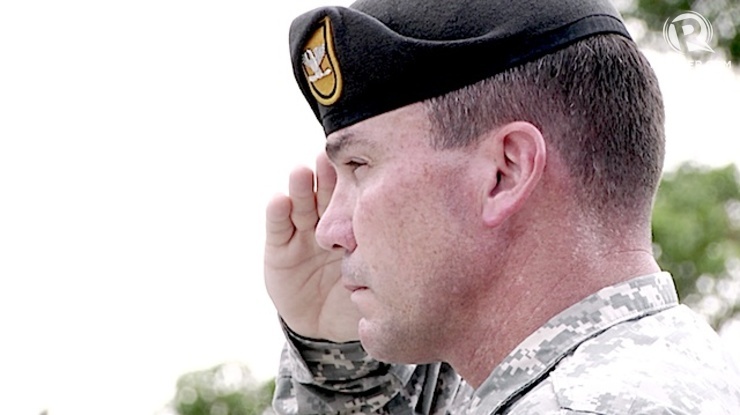 MANILA, Philippines – When the Enhanced Defense Cooperation Agreement (EDCA) was signed, a politician in Zamboanga City asked on Twitter: “I wonder what consequences it will have on LGUs who host semi-permanent US facilities?”

While Manila debates the benefits and possible repercussions of the return of American troops, EDCA has been everyday life in Zamboanga City and other parts of Mindanao in the last 12 years through the US Joint Special Operations Task Force-Philippines (JSOTF-P). It is directly under the US Pacific Command.

The difference is EDCA, for Filipinos, is meant to counter a growingly aggressive China and to prepare for disaster resonse. JSOTF-P was formed to help the Philippine military respond to threats of violent extremist organizations.

US Army Green Beret Colonel Robert McDowell, the commander of the JSOTF-P, is proud of the results of the joint operations in Mindanao.

“We call it one of the most successful foreign internal defense counterterrorist operations that we’ve ever had the pleasure to be a part of,” McDowell told repoters in a rare interview in Nueva Ecija, where he joined Balikatan 2014 activities.

Those who are familiar with US military activities in Mindanao find nothing new in the provisions in the new deal. As EDCA is scrutinized on the national stage, the issues raised by local officials with “semi-permanent US presence” are repeated.

For EDCA, the locations have yet to be determined. For JSOTF-P, US troops put up facilities in Camp Navarro in Zamboanga City, Camp Siongco in Maguindanao, and Camp Bautista in Sulu.

At its peak, up to 1,200 US troops have rotated in Mindanao 6 months at a time. The numbers have since declined. They are not supposed to participate in combat. They are there to train, assist, and advice Filipino troops.

“The mission that we were helping to do with the counterterrorism has greatly improved since the beginning. We still have many people in the southern Philippines who are lawless. They want to bring harm to the Philippines. That still creates a problem down there,” said McDowell.

“If anything, we will find ways to increase the cooperation that we do for the security of the Philippines,” he added.

The training exercises in Mindanao are sophisticated. In February 2012, the Philippines launched the first smart bomb attack against the Abu Sayyaf and Jemaah Islamiyah terrorists, following 15 months of training and technology transfer from the US. 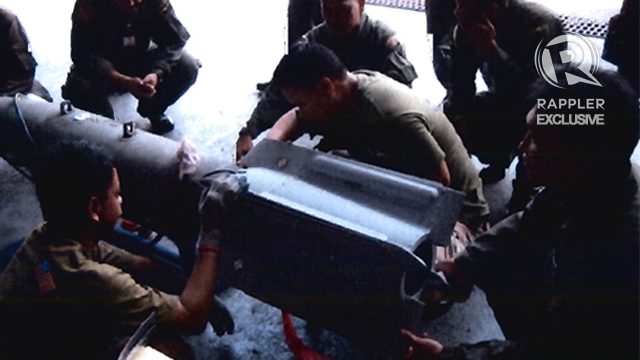 A live feed from a Scan Eagle unmanned aerial vehicle (UAV) or drone showed what was happening inside an Abu Sayyaf camp in Sulu, allowing a joint team of Filipino and US troops to compare the thermal image with what a double agent was texting them.

A July 6, 2012 New York Times article by Mark Mazzetti, “The Drone Zone,” also claimed that the US conducted lethal drone operations in the Philippines. This was denied by US and Philippines officials, however.

Drones are used only for surveillance, they said.

McDowell sought to assuage fears of EDCA. “We are not going to create new bases. We serve at the pleasure of the Philippine government and we work in numbers that are acceptable to the Filipino people as a whole and what the government allows,” said McDowell.

But the issue repeatedly raised against JSOTF-P is how it refuses Filipino troops access to its facilities. The US troops have a small facility inside Camp Navarro in Zamboanga City, the headquarters of Western Mindanao Command (Wesmincom).

EDCA is supposed to address this issue. It allows designated officials access to locations that will be offered for the use of the Americans. But there are doubts this will happen.

“You and I know that we are not going to be allowed to check those facilities,” Senator Sergio Osmeña III said during a Senate hearing on EDCA on May 13. They were discussing the prohibition on the entry of nuclear weapons.

More congressional hearings are scheduled to look into the constitutionality of EDCA. While many lawmakers support defense cooperation with the US military, there are several concerns against the “one-sided” deal.

As the maritime disputes escalate to a fever pitch, security officials highlight the need to have those assets as soon as possible. – Rappler.com