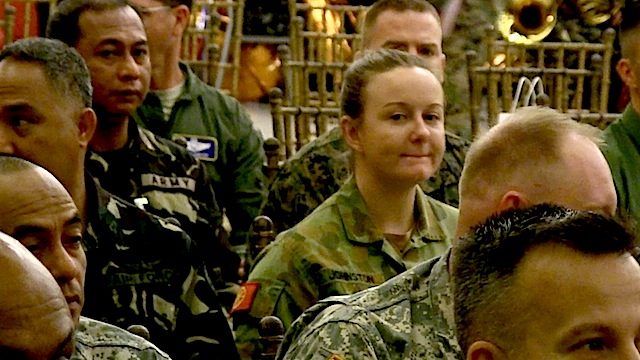 “This is the first that we’ve had the opportunity to participate… We look forward to potentially getting the invitation to participate again next year,” Australian defense force Commander Nicolas Pratt told reporters after a live fire exercise in Tarlac.

Balikatan has always been a bilateral activity between the US and the Philippines although the two countries also invite other countries as observers. Australia joined as observer in 2013 following the Senate ratification of the Status of Visiting Forces Agreement (SOVFA) with Australia in September 2012.

“This year’s Balikatan demonstrated that the only way to overcome these challenges (maritime security and climate change) is for everyone to stand shoulder to shoulder in the spirit of global bayanihan,” said Armed Forces chief General Emmanuel Bautista.

Only the US and Australia have treaties with the Philippines that allow their troops to visit the country for joint activities.

With the ratification of the SOVFA, Australia seeks to deepen military cooperation with the Philippines to include defense and security matters such as counterterrorism. A primer on defense cooperation with the Philippines posted on the Australian embassy website reads: “Our relations are based on common regional security concerns and shared interests as long standing United States treaty partners. Our defence engagement will continue to focus on three main streams: maritime security, counter terrorism and assistance to the Philippine Defense Modernisation Program.”

Australia was also among the countries that assisted the Philippines in the aftermath of Super Typhoon Yolanda.

The Philippines is the 4th largest beneficiary of Australian bilateral assistance. For 2014-2015, it will provide the country P5.7 billion (A$143 million) in official development assistance (ODA) that will focus on helping the Department of Education with its K to 12 education program.