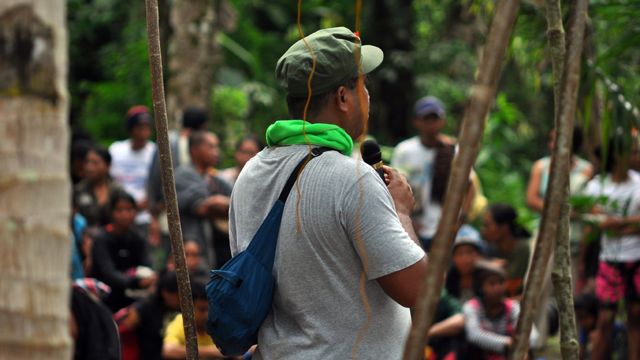 Almost simultaneously, another group of New People’s Army (NPA) guerrillas disarmed the security guards of an exploration company reportedly owned by Consunji’s DMCI Holdings in Barangay Salnaong in Columbio, Sultan Kudarat, carting away with 14 shotguns and assorted ammunition, according to rebel spokesman Ka Efren. DMCI Holdings has a mining subsidiary in the area.

There were no immediate reports of casualties.

“These attacks are part of our punitive actions against mining operations throughout the country,” Ka Efren said in a telephone interview.

He also confirmed the raid on the subsidiary of DMCI, where the rebels likewise confiscated the guns of the security guards.

Col. Flores said the “forward office” of SMI in Kimlawis had already been abandoned. The Army officer nevertheless ordered his troops to go after the rebels.

“This could be a retaliation for the capture of Felix Armodia alias Ka Jing and to force the mining companies to give in to their extortion try,” he said.

On Saturday, May 3, the Eastern Mindanao Command of the Armed Forces of the Philippines (AFP) announced the capture of Armodia, identified as the secretary of the NPA’s Front 72.

But human rights group Karapatan said it was Romeo Rivera, not Armodia, who was “illegally arrested” by military intelligence operatives.

In a March 4 interview, Ka Efren also denied Ka Jing was captured by the military.

Armodia led a daring NPA attack at the police headquarters in Matanao, Davao del Sur, in March in which 3 policemen were killed.

Nine soldiers were also slain when a rebel blocking force detonated a land mine hitting an Army truck that was sent to reinforce the beleaguered policemen.

The SMI facilities in Kiblawan have largely been abandoned with a few skeletal employees left to guard the office.

Last year, SMI was forced to lay off more than 930 employees or 85% of its workforce, including consultants and contractors, following the decision of Glencore-Xstrata to downscale its operations in the Philippines.

Glencore-Xstrata, which owns 62.5% of SMI, cited market uncertainties and the inability of the mining company to obtain the necessary government permits to proceed with its planned commercial production.

The Aquino government has championed efforts to improve its share of revenues from mining activities, which it says harm the environment.

In July 2012, the Aquino government issued an executive order banning the issuance of new mining permits. It said it will ask Congress to reform the current revenue-sharing provision of the mining law.

The NPA is behind Asia’s longest-running insurgency, but the military has accused it of extorting from mining firms to finance its revolution. – Rappler.com