Cuevas not ruling out a ‘mistrial’ 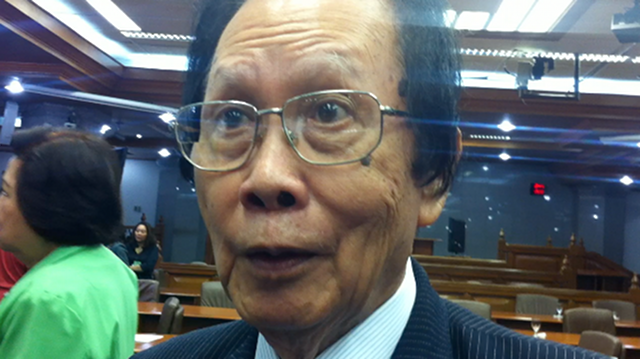 MANILA, Philippines – Defense lead counsel Serafin Cuevas is not ruling out the option of calling for a mistrial. If Chief Justice Renato Corona is convicted next week, he said they will review the transcripts of the trial to see if senator-jurors committed “grave abuse of discretion” during the trial.

“If it will amount to what is known as known as grave abuse discretion. Then we will avail of it as ground for petition for review,” Cuevas said.

Senator Franklin Drilon said, however, that a mistrial does not apply to impeachment courts.

In petitions before the Supreme Court and the impeachment court, Corona accused 7 senators as biased against him. He accused Drilon and senators Francis Pangilinan, Teofisto Guingona III, Alan Peter Cayetano, Ralph Recto, and Sergio Osmeña II of helping the prosecution build a case against him. More recently, he filed a motion for Sen Edgardo Angara to inhibit from the trial because his son Aurora Rep. Sonny Angara is the prosecution spokesperson.

Nevertheless, Cuevas said they are still counting on the senator-jurors to appreciate the evidence they presented.

Cuevas maintained the prosecution has no case against the Chief Justice because he declared all his properties in his Statement of Assets, Liabilities, and Net Worth.

Cuevas told the court on Wednesday, May 23, that Corona has filed a motion with the Supreme Court for the early resolution of his petition to nullify his impeachment trial.

In his petition, Corona argued that there’s no probable cause in impeaching him. Cuevas added that it was railroaded. In the trial, the defense panel presented Rep. Toby Tiangco to testify on the alleged railroading of the impeachment complaint.

But Cuevas conceded that an intervention from the SC may be too late with the Senate deciding next week.