Why did Phillip Phillips win? 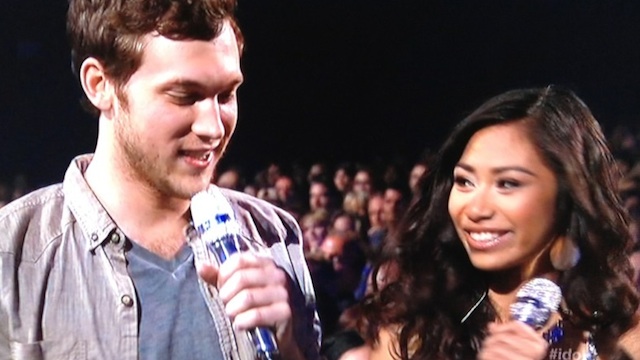 Jessica Sanchez lost her bid to become American Idol’s first female winner after a long drought. Host Ryan Seacrest announced the winner at the end of a two-hour, star-studded season finale that gripped Filipinos all over the world. Phillips bested Sanchez, ending the weeks-long competition in the search for the “next American superstar.” The finale was dubbed as the battle of opposites: the sassy “diva-in-training” pitted against the dreamy, boy-next-door singer with a guitar as his best friend. Why did Phillips win American Idol?

Read the analysis on Rappler

Read the full story on the winner’s announcement on Rappler