Solons from poorest region among richest in Congress

May 28, 2014 11:06 AM PHT
Angela Casauay
Facebook Twitter Copy URL
Copied
Manny Pacquiao, Imelda Marcos, and Speaker Feliciano Belmonte Jr still richest in the House of Representatives, but Zajid Mangudadatu and Ruby Sahali from ARMM, are also among the wealthiest 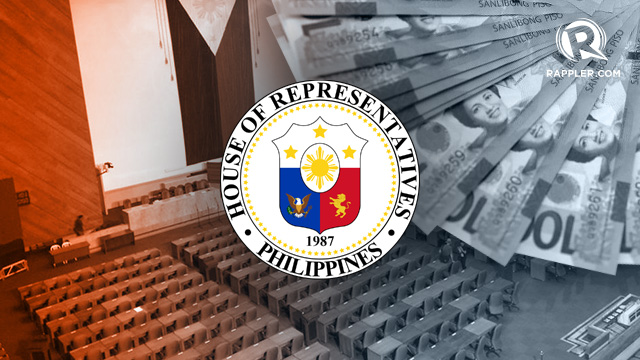 MANILA, Philippines – In 2013, professional boxer and Sarangani Representative Emmanuel “Manny” Pacquiao remained the wealthiest lawmaker in the House of Representatives.

No surprises there, considering that he earned US$20 million (about P875.4 million) from his latest fight, which Forbes said, brought his total career earnings to over $300 million.

What would be curious to note in the 2013 summary of lawmakers’ Statement of Assets, Liabilities and Net Worth (SALN) is that two of the wealthiest representatives in the House come from the poorest region in the Philippines –  the Autonomous Region in Muslim Mindanao.

Both are neophyte House members who belong to powerful political clans in the South. Mangudadatu is the brother of Maguindanao Governor Esmael Mangudadatu, while Sahali is the daughter of former Tawi-Tawi governor Sadikul Sahali.

Here are the 25 wealthiest House members in 2013, based on their SALNs:

Compared to 2012, the list of wealthiest lawmakers, especially those in the top 10, remained almost the same, except for the entry of new lawmakers elected during the 2013 mid-term elections.

Of the 25 richest House members, Mark Villar, son of incumbent Senator Cynthia Villar and former senator Manny Villar, made the biggest jump in wealth from 2012 to 2013.

This year, 6 neophyte solons are among the top 25 richest congressmen. Aside from Sahali and Mangudadatu, Representatives Advincula, Suarez, Oaminal and Garin are among those whose wealth exceeded P100 million.

Two first-termers are also in the list: Zamora and Arenas.

Find out your representatives’ net worth here: