‘The Fault In Our Stars’ Review: Shines bright despite the faults

Jun 5, 2014 11:49 AM PHT
Zig Marasigan
Facebook Twitter Copy URL
Copied
What begins as your usual teen romance evolves into a poignant reflection on love and life 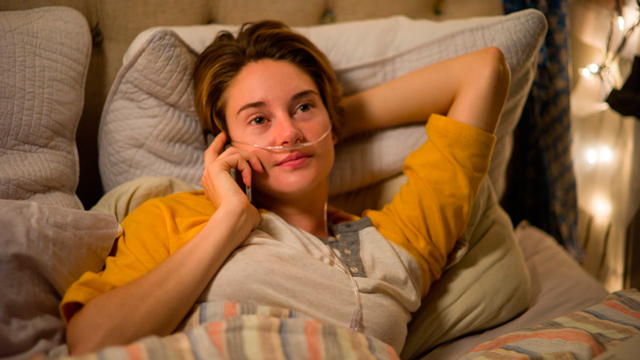 Hazel Lancaster (Shailene Woodley) is a teenager cheated out of life. Diagnosed with thyroid cancer, her sickness had spread to her lungs, forcing her to ferry around an oxygen tank like an extra appendage. Despite her youthful attractiveness and remarkable intelligence, Hazel believes it is only a matter of time before that’s all taken away from her.

But when Hazel reluctantly signs up for a cancer support group, she meets the infectiously positive and confident Augustus Waters (Ansel Elgort), a fellow cancer patient whose bright-eyed optimism turns their unlikely friendship into a relationship worthy of any first love. (READ: The Fault in Our Stars: Filipino fans get early treat)

Based on the best-selling novel by John Green, The Fault in Our Stars is a love story, no doubt. But it is a deceptive one.

While it begins as a nauseatingly cute teenage romance, it slowly grows into something much more poignant. And while fans of the book will undoubtedly look for the usual missed details, the film brings to screen the intent, the themes and the characters of one of the most revered young adult novels in recent years. 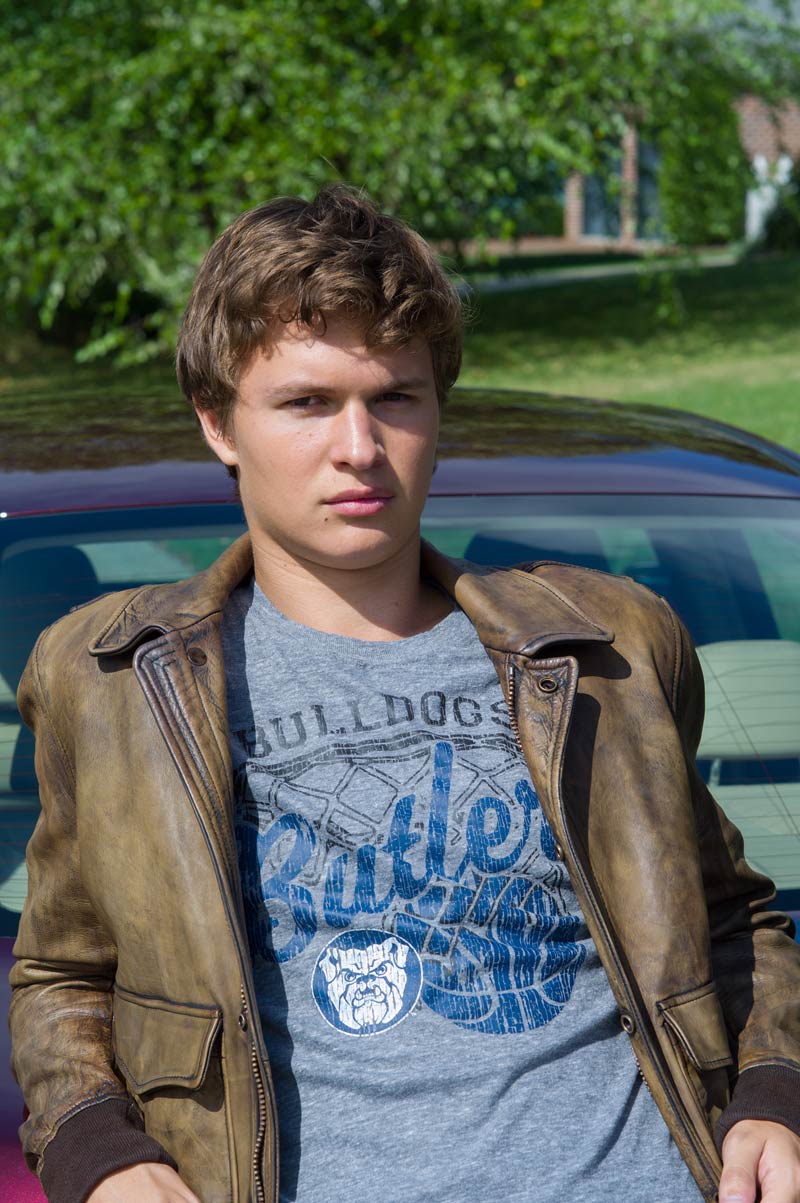 The cancer genre is often characterized by a tonal instability, and The Fault in Our Stars is no different. The film maintains a rather awkward balancing act between the overly melodramatic and the profoundly poetic, and while the film succeeds at never quite tipping over, that particular triumph is credited squarely on actors Shailene Woodley and Ansel Elgort, as young lovers Hazel and Augustus.

“I am a grenade,” Hazel warns the love-struck Augustus, describing herself as a death-dealing time bomb with the pin already pulled. But for the cocksure Augustus, he already has death in between his teeth, symbolized by the unlit cigarette frequently placed on his lips. It’s a symbol that serves as both a metaphor and a reminder, and one that Hazel is smart enough not to lose out on. (WATCH: The Fault in Our Stars new extended trailer)

As the protagonist of the story, Hazel is well-rounded and properly developed. Unfortunately, Augustus isn’t given the same privilege. It’s a creative gamble that allows for a more briskly paced narrative, but it’s hard to say that his character isn’t a casualty in the process.

Thankfully, Elgort and Woodley manage to make the tandem work, and work it does when the film picks up real momentum towards the film’s second half.

To the credit of director Josh Boone and film scribes Scott Neustadter and Michael H. Weber, The Fault in Our Stars is filled with clever moments that are sometimes enlivening, often heartbreaking. Lines from the book are creatively plucked and placed in brand new context, but its essence remains intact. 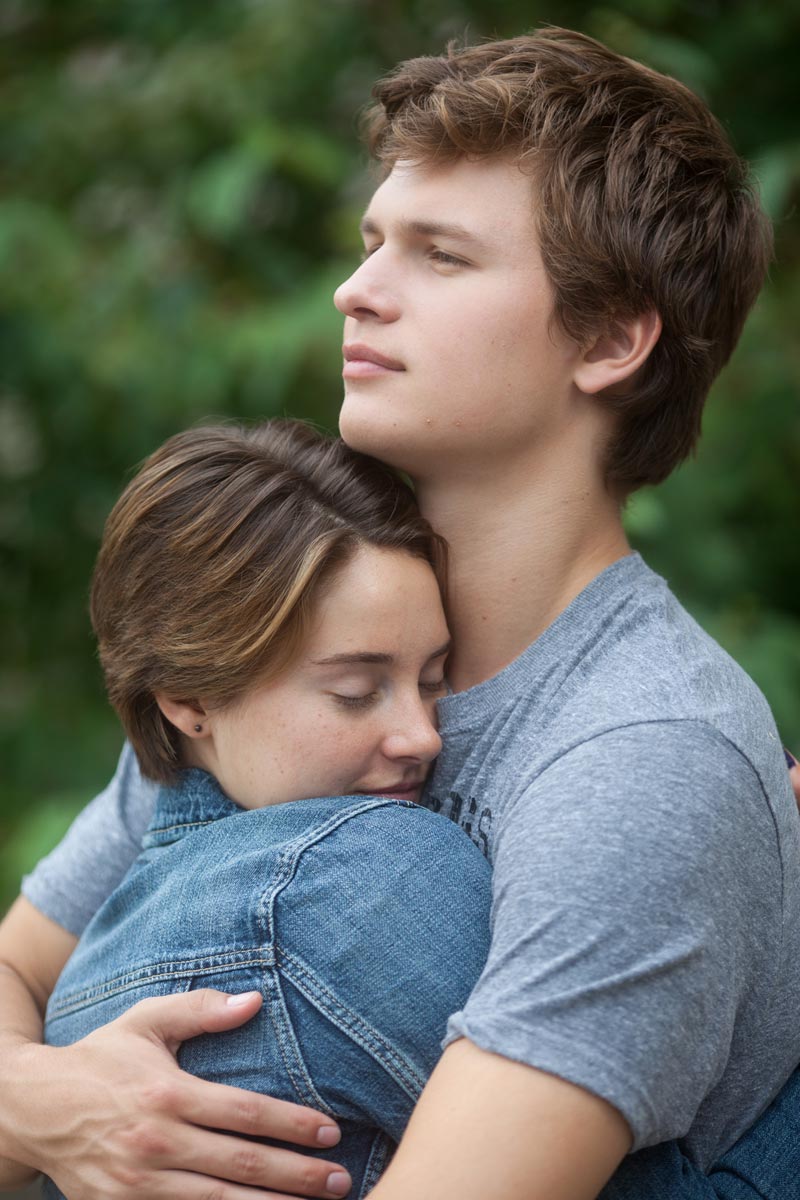 “I fell in love the way you fall asleep,” Hazel confesses. “Slowly, and then all at once.”

Even then, the film often feels like well-calculated manipulation. It pulls at heart strings with surgical precision and almost masochistic intent. But just when the story is about to tip itself into outright melodrama, it manages to right itself with thoughtful writing and powerful performances.  Like Hazel and Augustus, the film has the odds stacked against it. But by sheer force of will, it magically succeeds. 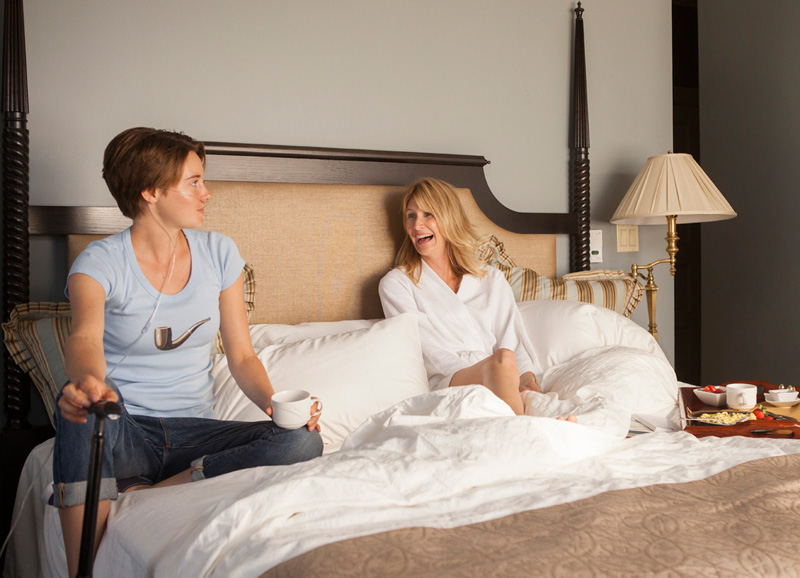 Author John Green has openly talked about the meaning of the book’s title, citing the often quoted line from Julius Caesar, “The fault, dear Brutus, is not in our stars. But in ourselves, that we are underlings.”

It’s a line written by Shakespeare himself that raises questions about who, truly, are the masters of our fates. But life doesn’t always deal us the cards we want, and very rarely asks our opinion on the matter. In the case of Hazel and Augustus, the fault was in their destiny from the very beginning.

“The world is not a wish-granting factory,” Augustus admits.

But in spite of that, we must live. And against all odds, we must love. Because the stars will shine on regardless, and we all must carry on. – Rappler.com