[UPDATED] MANILA, Philippines – It may seem a rarity now, but typhoons were more frequent in Mindanao more than a century ago, even a few decades back.

This is part of the preliminary report on Tropical Storm Sendong (Washi) released by the Manila Observatory (MO) on Tuesday, December 27, 2011.

Data from the Joint Typhoon Warning Center (JTWC) showed that around 35 tropical cyclones made landfall in the Mindanao region between 1945 and 2010, implying an average of one every two years, the MO report stated. 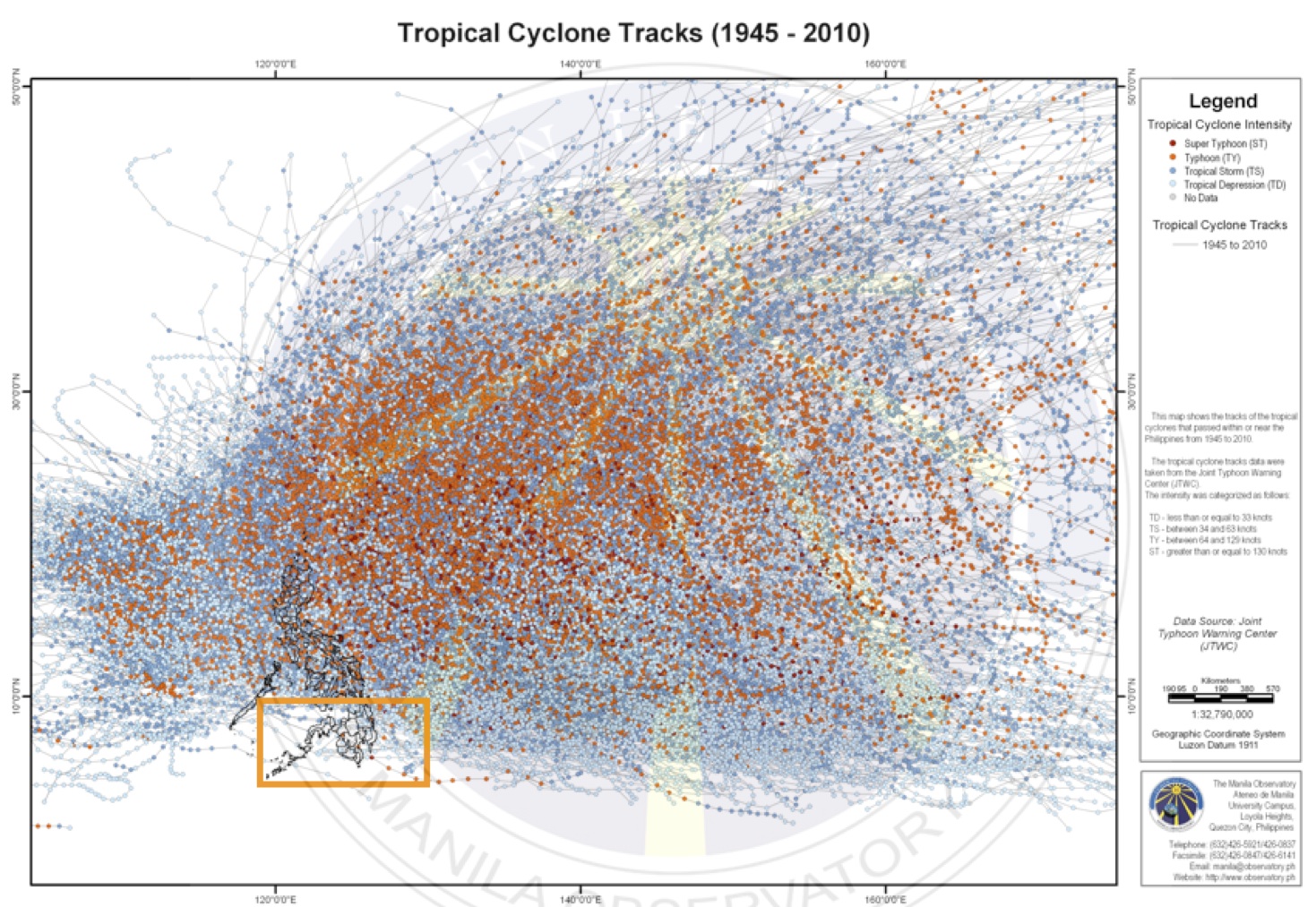 Comparatively, the report noted that only six typhoons have made landfall in the past 15 years (1996-2010).

A study by Spanish scientists published by the Journal of Geophysical Research back in 2007 showed that typhoons making landfall in Mindanao were more frequent more than a century ago, based on historical data.

The study used records and data from the Manila Observatory Archives, in particular the work of Spanish Jesuit, Miguel Selga, who wrote a chronology of typhoons from 1566 to 1900 when he was the director of the Observatory in 1935.

The 2007 study showed that, based on Selga’s chronology, a total of 533 typhoons occurred in the Philippines and its vicinity during the said period. The MO report then culled information on typhoon crossings in Mindanao, and found that 21 tropical cyclones made landfall on the island between 1883 and 1900, or about one a year. 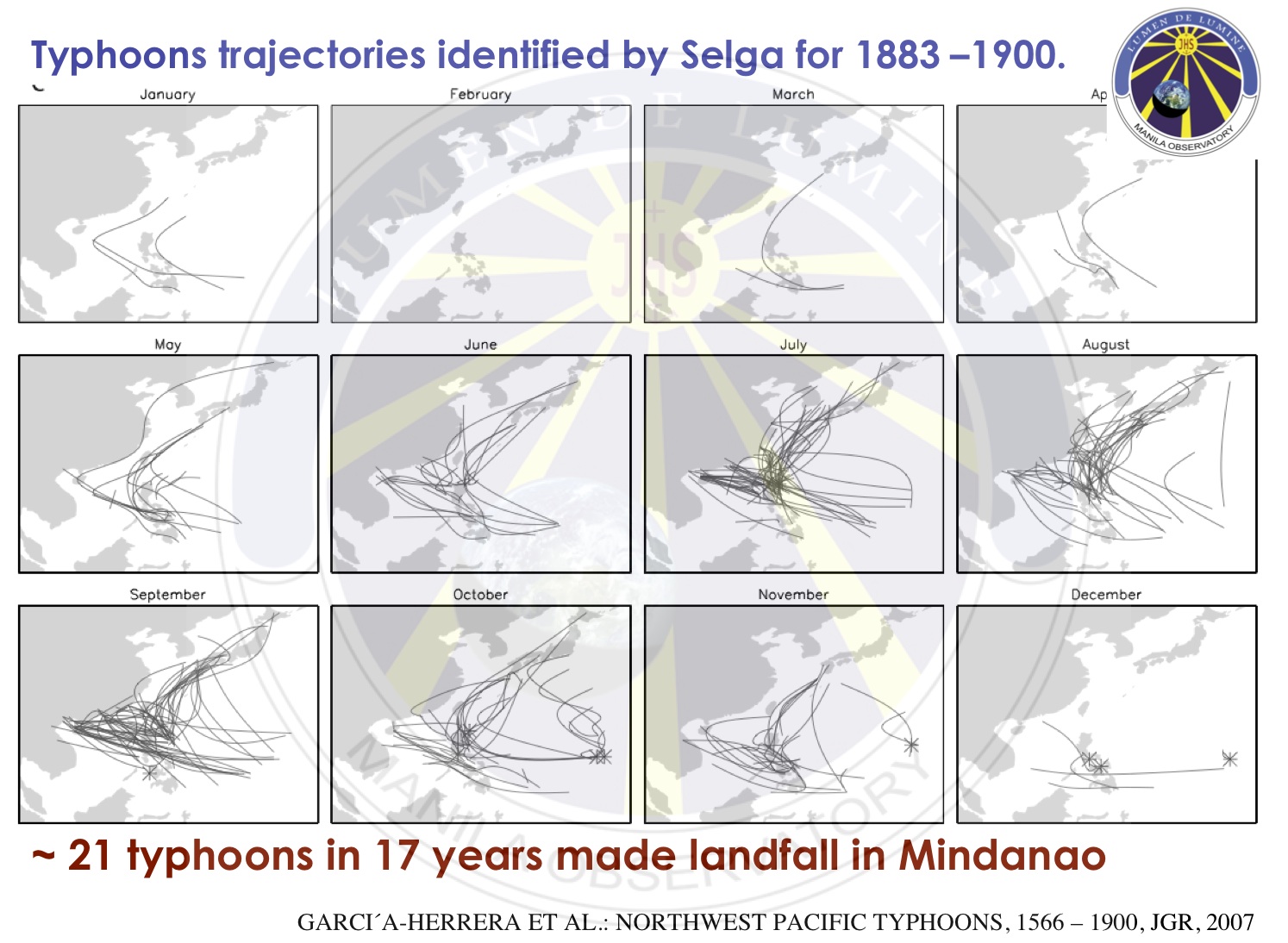 Meanwhile, storm crossings in Mindanao in December are rarer, the MO report showed, with an average of one crossing every ten years between 1947 and 2008.

The preliminary report also had a very interesting finding: exactly 91 years before Sendong, a typhoon crossed the island on the same dates and took a roughly similar path.

The report also noted another typhoon, this time in 1930, also crossed the island along a path roughly the same as Sendong’s. 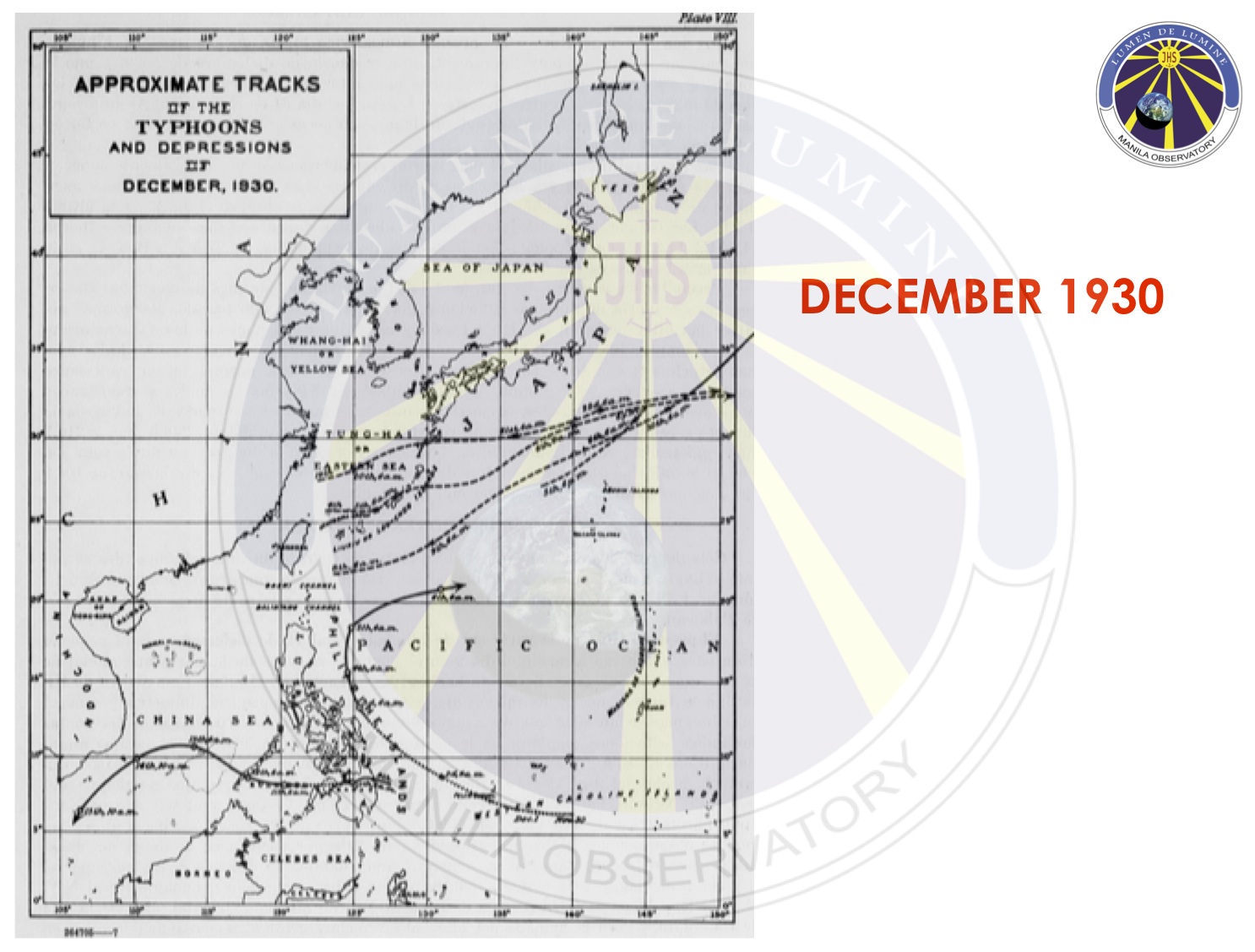 One thing lacking in these historical records, however, is the amount of rainfall, said Dr Gemma Narisma, head of the Regional Climate Systems division of the Observatory.

Narisma said that in the case of Sendong, it was the rainfall that was unusually heavy, surpassing the extreme rainfall data recorded at the Lumbia station of the Philippine Atmospheric Geophysical and Astronomical Services Administration (PAGASA) in Cagayan de Oro. 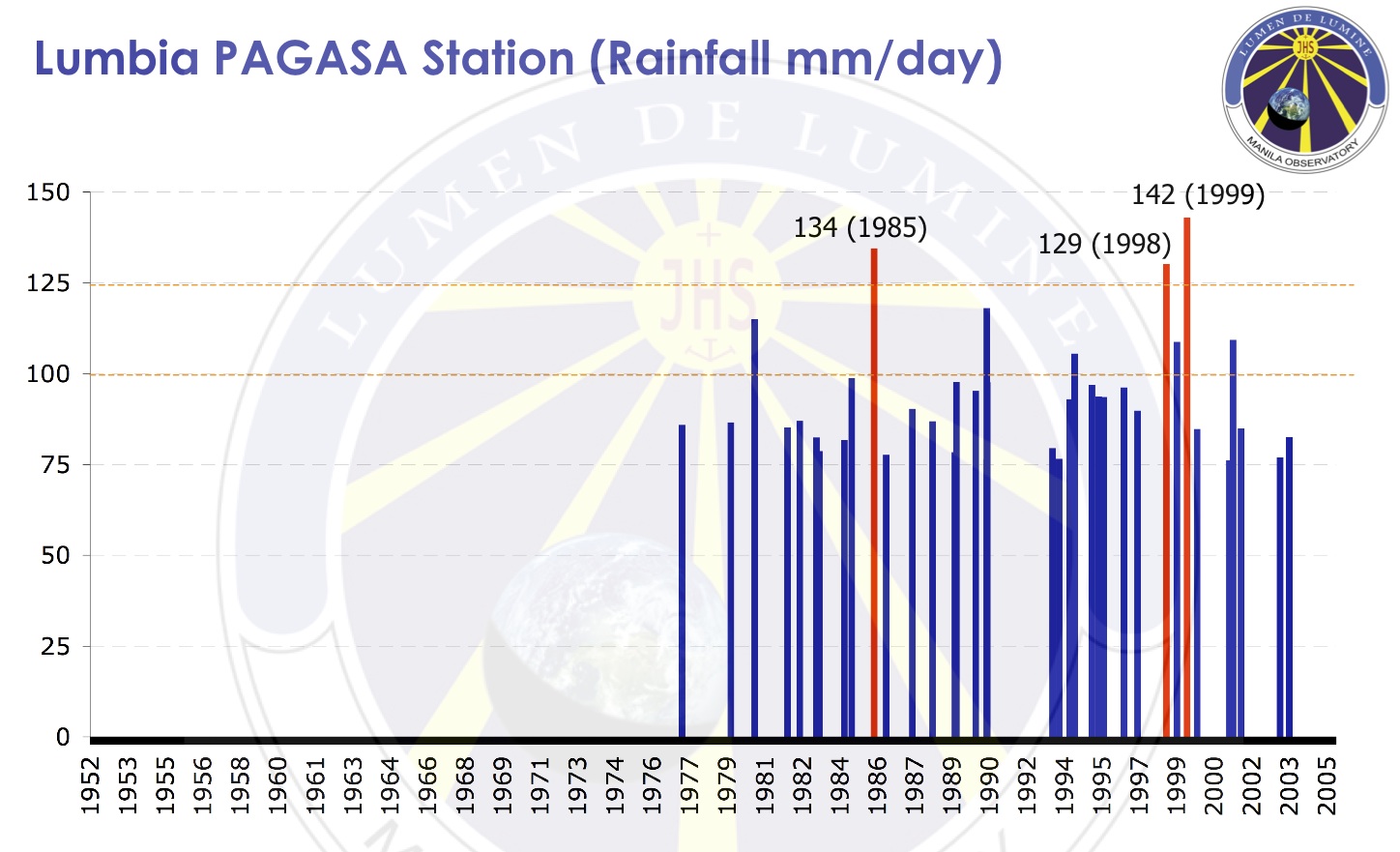 The MO preliminary report also showed that bulk of the rain fell between 8 pm and 12 mn on December 16, based on both rainfall recorded at land-based stations and the data from the Tropical Rainfall Measuring Mission (TRMM) of the US National Aeronautics and Space Administration (NASA).

Sendong was also a “weak” storm, wind-wise, registering a maximum of 100 kilometers per hour, as recorded by the JTWC. This, the report stated, categorized the weather disturbance as only a tropical storm.

Is Sendong a product of climate change? It can’t be concluded yet, the report said.

“It is difficult to attribute one extreme event to climate change and we cannot make a definite conclusion about whether Sendong is part of climate change,” the report stated.

“Further, attribution is a complex topic that is still being addressed by the IPCC,” it added, referring to the Intergovernmental Panel on Climate Change.

“What Sendong has definitely shown is how an extreme rainfall event can be disastrous given the present complexities of exposure and vulnerability dynamics,” it read.