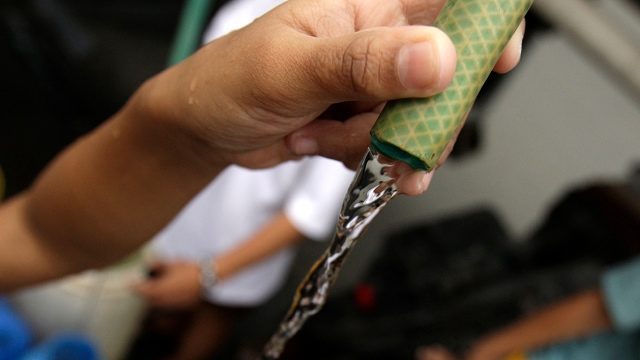 MANILA, Philippines – Metropolitan Waterworks and Sewerage System (MWSS) Acting Chief Regulator Emmanuel Caparas is set to resign from his post on June 30 over a potential conflict of interest.

For holding the post of chief regulator and sitting as MWSS trustee at the same time, Caparas violates a provision in the water regulating body’s agreement with its concessionaires. It provides that a regulator cannot have a prior or existing affiliation with parties to the agreement, including MWSS.

“It’s a necessary step to put things in order, in line with the provisions of the Concession Agreement (CA). This allows him to focus on his tasks as a board member and for the board to appoint a regular chief regulator, who will be focused exclusively on the affairs of the regulatory office,” MWSS senior information officer Eli Maraon said on Wednesday, June 11.

In an audit observation memorandum that became Caparas’ basis for resigning, the Commission on Audit (COA) said his post as member of the MWSS board and as its acting chief regulator violated the CAs.

Maraon said Caparas will not leave the MWSS board. She added that the board has yet to nominate a new acting chief regulator.

Caparas was in the middle of a dispute arbitration over the proposed adjustment of water rates in 2013 by two of MWSS’ concessionaires.

Manila Water Company requested MWSS for an increase in its base rate of P5.83 per cubic meter, while Maynilad Water Services proposed a hike of P8.58 per cubic meter for the next 5 years.

Instead, the MWSS approved a rate cut of 29.47% on Manila Water’s 2012 average basic water charge of P24.57 per cubic meter. The downward adjustment will be implemented in 5 equal tranches of -5.894% per year.

The MWSS likewise approved a negative adjustment of 4.82% on Maynilad’s 2012 average basic water charge of P30.28 per cubic meter. It will likewise be implemented in 5 equal tranches of -0.964% per year.

Caparas earlier said the MWSS board decided to negatively adjust water rates as both Maynilad and Manila Water failed to justify why the rate increases were needed.

As a result, both water concessionaires have filed dispute notices before the International Chamber of Commerce to resolve the dispute.

All rate adjustments were suspended pending the arbitration. – Buena Bernal/Rappler.com