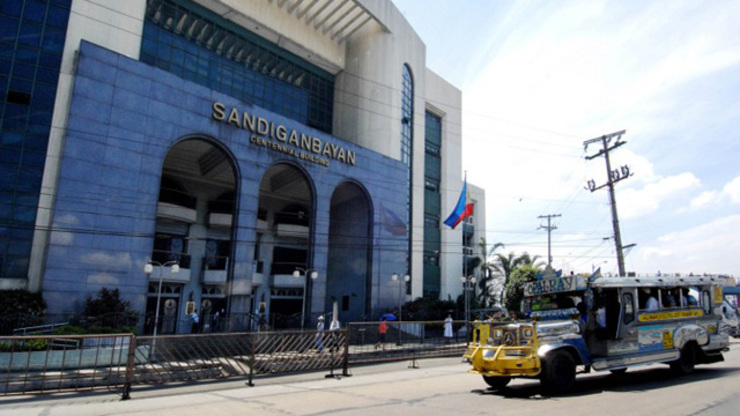 MANILA, Philippines (UPDATED) – Chief Justice Maria Lourdes Sereno on Friday, June 20, rebuffed Malacañang for returning to the Judicial and Bar Council (JBC) its shortlist of nominees to a Sandiganbayan position. Sereno insisted the list they submitted to President Benigno Aquino III is final.

In a letter addressed to Executive Secretary Paquito Ochoa Jr and released to the media by the Supreme Court information office, Sereno noted that Ochoa asked the council to revisit the list it submitted to Malacañang on February 28, 2013. The list contains at least 3 names that the President can choose from in appointing a new justice to the anti-graft court.

Ochoa made the request only on Thursday, June 19, long after the 90-day deadline for the appointment had lapsed. The law says Malacañang has to choose from the JBC shortlist within 90 days from the day the council submitted its nominees to the President. In this case, the list was submitted nearly 4 months ago, more than 90 days, on February 28, 2013.

“We do not read anything in the Constitution that authorizes the JBC, once it submits a list of recommendees, to revisit the same, even under changed circumstances,” Sereno said in her letter to Ochoa. “We also see no process of ‘confirmation’ by the JBC of any list of recommendees, if the list has been transmitted officially through appropriate channels.”

Letter from the Chief Justice to the Executive Secretary

The Sandiganbayan, composed of 15 justices, is at present handling the biggest corruption cases in recent history involving plunder and graft charges against 3 opposition senators and dozens of public officials. But it has one vacant seat in the 5th division, which is handling the plunder and graft charges against Senator Jinggoy Estrada and his co-accused.

President Aquino either forgot all about the vacancy or could not make up his mind.

But by returning the shortlist to the JBC, Aquino is acting like his unpopular predecessor, former President Gloria Macapagal-Arroyo, who was widely criticized for attempting to control the judiciary.

In 2009, then President Gloria Macapagal Arroyo, through Executive Secretary Eduardo Emita, returned to the JBC its shortlist of nominees to two vacant positions in the Supreme Court vacated by justices Alicia Austria-Martinez and Dante Tinga.

Constitutional experts at the time said that by returning the shortlist, Arroyo already waived her right to appoint the replacement of the two justices. The JBC, then headed by Chief Justice Renato Puno, stood its ground and returned the shortlist to the Palace.

The JBC is mandated to vet all nominees to positions in the judiciary including the Chief Justice. It has had its share of controversies especially when it screened nominees to the Supreme Court.

At present the JBC is finalizing its shortlist for one seat in the High Court following the retirement of Supreme Court Associate Justice Roberto Abad. A total of 13 nominees applied for the position.

On the Sandiganbayan vacancy, Malacañang said on Thursday that it has “exerted efforts” to vet the justices named in the shortlist, “given the importance of appointing competent, honest jurists to higher courts like the Sandiganbayan, our country’s anti-graft court.”

It added: “Our objective is to find the right people for the most vital and sensitive positions in the Judiciary. In light of information we received during our vetting process, we have requested the JBC to further review and evaluate the candidates for the vacancy in the Sandiganbayan.”

Palace: No request for removal, addition of nominees

Malacañang clarified that it did not return the list of nominees to the JBC so the council can give additional nominees in the shortlist it had submitted to the President.

“We did not return the list so they could give us new nominees or to add or to take away anyone,” Deputy Presidential Spokesperson Abigail Valte said in a news briefing on Friday, June 20.

She provided reporters with a copy of a letter of Executive Secretary Paquito Ochoa Jr to the JBC dated June 19, 2014, which partly read, “While this office continues its own vetting process, it requests the JBC for its further assistance.”

Responding to questions, she confirmed that the endorsement letter came from Senator Juan Ponce Enrile, one of 3 senators facing plunder and graft charges before the Sandiganbayan.

Based on Enrile’s endorsement letter, which was also released to the media, the senator had recommended Judge Rernelito R. Fernandez for an earlier vacancy in the Sandiganbayan.

“Someone is applying for a position in the very court that will try the person who made the recommendation in his favor,” Valte said.

She said, however, that it was not the only reason.

“The discovery of that particular endorsement only triggered further questions such that how many accused stand to be tried for the PDAF-related cases, who the respondents are, as well as were there any other endorsements made in favor of all the others that are part of the shortlist,” she said.

Valte further explained that Malacañang felt t”hat because of the extraordinary circumstances that are attendant in this particular case, we recognize the urgency” which was why it “wanted also further assistance from the JBC.”

“It’s difficult to have any doubt when it comes to those who would render judgement, given the high profile of the accused and the cases,” she said in Filipino.

Valte said, however, that Fernandez remains in the shortlist. “I don’t want to preempt the President on this, but he is still part of the shortlist.”

Asked if the President had violated the Constitution by failing to fill up the vacancy within the 90-day period, Valte said, “Given the extraordinary circumstances at hand, the President recognizes the urgency to fill the position.”

On the implication of making an appointment after the 90-day period, she said: “As far as the Executive is concerned, we want to make sure that the requirements are properly met. And given, again, the circumstances that are facing us now, it is not unreasonable for us, as the letter says, to have more thorough vetting process.” – Rappler.com