CHED may require use of Filipino to teach some GE courses

Jun 23, 2014 5:26 PM PHT
Jee Y. Geronimo
Facebook Twitter Copy URL
Copied
The Commission will also propose to Congress a stabilization fund that will cover the cost of maintaining faculty and the cost of lost of enrollment in colleges due to K to 12 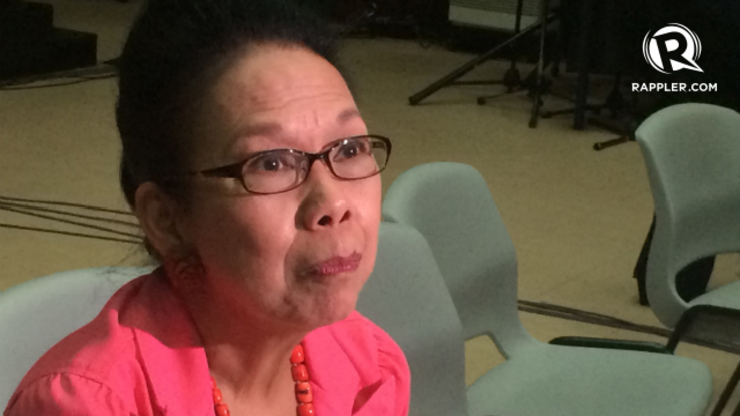 MANILA, Philippines – The Commission on Higher Education (CHED) is looking at requiring at least 9 units of general education (GE) courses to be taught in Filipino starting school year 2018-2019 or when the new general education curriculum will be implemented.

“But it will be the college or university [which will] decide which courses to teach in Filipino, not CHED,” Maria Serena Diokno, chairperson of the CHED Technical Panel for General Education said in a press conference Monday, June 23.

The proposal comes amid heated debates on CHED Memorandum Order 20 series of 2013, which Filipino professors slammed as an “attack against the national language.” (READ: No Filipino subjects in college? ‘Tanggol Wika’ opposes CHED memo)

The CHED memo reduces the general education curriculum for all college programs to 36 units. Currently, the GE curriculum for the humanities and social science programs has 63 units, while the one for science, engineering, and math programs has 51 units. “Remedial” courses, like Filipino, will be devolved to grades 11 and 12 of the K to 12 program.

With the signing of the Enhanced Basic Education Act of 2013, two years have been added to the basic education system of the Philippines. Because of this, CHED is working closely with the Department of Education so that some college courses – including those on language – will be taught as early as high school. (INFOGRAPHIC: 10 things about K to 12)

“We studied these courses as taught now in the college level, and we feel that essentially they are remedial. They should’ve been taught, learned earlier. That’s why we’re devolving it back to [grades] 11 and 12,” CHED Chairperson Patricia Licuanan said after the press conference. (READ: What senior high school tracks fit your locality?)

Introductory courses to specific disciplines, like General Psychology and Basic Economics, will also be removed.

For Licuanan, the best way to develop Filipino as a national language is to use it as a medium of instruction. (READ: In defense of ‘Filipinas’)

Higher education institutions (HEIs) will have the discretion on what courses will be taught in English or Filipino, but this raises a concern among advocates of the national language who suspect students will choose English over Filipino as a medium of instruction. (READ: Filipino in college: What are you afraid of?)

As a response, CHED will begin in August public consultations on the proposal to use Filipino in teaching at least 9 units of general education courses.

CHED admitted there will be displacements of faculty members in HEIs because of the new curriculum and the expected drop in college enrollment because of the K to 12 program.

While groups estimate about 30,000 professors will be affected, Licuanan said they are still doing research to determine the actual figures. (READ: College professors fear massive retrenchment due to K to 12)

“[It] is indeed a serious concern. There are remedies being discussed, such as the assignment of disciplinal courses to former GE faculty, the deployment of some higher education faculty to senior high school, the grant of research load to deserving faculty, and others,” a CHED statement on Monday read.

Licuanan said CHED will present to Congress on Tuesday, June 24, a proposal for a Higher Education Sector Stabilization Fund, which will support or augment the required funds of affected HEIs once K to 12 is fully implemented. (READ: CHED to colleges: Rethink business model)

CHED Executive Director Julito Vitriolo estimated that P10 billion ($228.18 million)* will be needed to mitigate the impact of the law during its first year of implementation. (READ: Senators ask: Are colleges ready for K to 12?)

The funds will cover the cost of maintaining faculty and the cost of lost of enrollment. It will also cushion the impact of redundancy and retrenchment of employees in HEIs.

“There will be transition pains – that’s a given in any major change, and K to 12 is a major change,” Licuanan said. (READ: PH basic education: ‘Cramming’ toward ASEAN 2015)

“We understand the anxiety. This is not something that would be easy, and we don’t have easy answers, but I want you to know that we are studying this very carefully, we have a technical working group, and the ideas coming out are little radical but doable, so I think we can see this through,” she added. – Rappler.com