Jun 24, 2014 8:51 AM PHT
Rappler.com
Facebook Twitter Copy URL
Copied
GMA Network’s shareholders have finally agreed to sell part of the company to Ang. The parties however are still negotiating the terms. 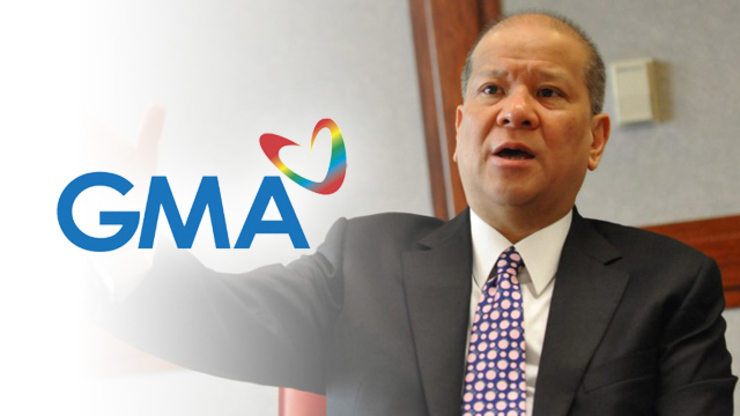 MANILA, Philippines (4th UPDATE) – The wait is finally over.

The owners of broadcasting giant GMA Network Inc. have decided to sell part of the company to the billionaire chief of San Miguel Corporation, Ramon Ang, GMA announced Tuesday, June 24.

The deal with Ang follows years of failed negotiations between GMA and the group of businessman Manuel Pangilinan.

GMA, controlled by the Gozon, Duavit and Jimenez families, said Ang would take a “participating minority equity interest” in the company, subject to final terms and conditions.

“The parties are presently negotiating,” the company said in a stock exchange disclosure, adding that it would divulge details once “definitive agreements” for the acquisition are signed.

Ang confirmed he was set to acquire 30% of GMA, his second foray into the media industry. “It’s a done deal,” he said.

Ang said he forged the deal in his personal capacity and San Miguel, where he is key shareholder and president and COO, was not involved in any way.

The transaction solidifies Ang’s foray into media, which aside from GMA, is dominated by ABS-CBN Corporation of the Lopez family. Pangilinan’s group, which owns TV 5 network, is a challenger in the industry.

For GMA owners, who do not have any other major business interests, the transaction means cashing in on their “jewel,” analysts said.

The acquisition, according to analysts, makes a lot of sense for Ang, who will likely forge synergies with his other businesses.

“Ramon Ang has a vast network… interested in his venture in GMA or media for that matter,” said Astro del Castillo, managing director of First Grade Finance.

Jun Calaycay of Accord Capital Equities said Ang’s investment in GMA and the potential partnership with Liberty would put him “in the same arena” as Pangilinan.

San Miguel acquired Liberty Telecoms in 2009, with the aim of making it a major player in the telco industry. However, Liberty Telecoms has been in the red for years, spending heavily to build its subscriber base and broadband network.

Liberty has had a lot of catching up to do, especially with the industry’s shift toward convergence, Calaycay explained.

“Liberty cannot survive with just text and call services. It also wants to offer broadband, and if you have broadband, you should also have content,” he said.

“Content is important since the growth trajectories of mobile and broadband services are not steep anymore. The new niche market is the combination of media and telco, that’s where the opportunity is,” he added.

Amid shrinking margins in its traditional businesses, PLDT ventured into media in a bid to become a multimedia company and create new revenue stream. PLDT, through unit MediaQuest, bought TV 5, and stakes in Philippine Daily Inquirer, The Philippine Star, and BusinessWorld.

Pangilinan had long courted GMA for a substantial stake, but negotiations kept falling through due to price and regulatory issues. In the last round of talks, Pangilinan expressed frustration, saying he was “tired.”

Months after Pangilinan’s last offer for GMA expired, GMA chairman and CEO Felipe Gozon and Ang confirmed they were in negotiations.

But if Ang wanted a foothold in the industry, analysts said GMA was his best bet.

“Investors will always be attracted to GMA. GMA is a jewel, maganda kumita (it earns well),” said del Castillo. “Ang saw the potential of GMA.”

The deal means GMA’s shareholders got the price they had long wanted.

Ang offered to acquire the stake in GMA for P10.80 per share, sources privy to the matter were earlier quoted by news reports as saying.

“It’s about time that GMA owners enjoy the fruit of their labor,” del Castillo said. – Judith Balea, with a report from Lynda C. Corpuz/Rappler.com