May 31, 2012 6:03 PM PHT
Facebook Twitter Copy URL
Copied
Corona's impeachment and conviction is a victory for democracy but it prompts further challenges, particularly in the designation of the next chief of the judiciary

MANILA, Philippines – Two days after the grand finale of the Corona trial, I ask myself whether the outcome will be beneficial to the Philippines and if it will help fight corruption, promote accountability of public officials and reaffirm the separation of powers embodied in the 1987 Constitution. 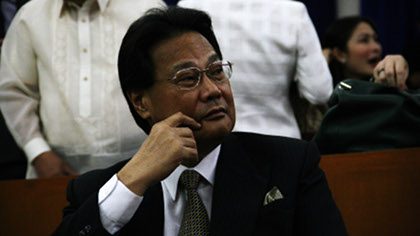 Renato C. Corona was convicted after a majority of the senator-judges considered he had betrayed the public trust by not disclosing part of his wealth in his Statement of Assets, Liabilities and Net Worth, a charge that in the past has led to the dismissal of low-level public officers but never such a high-profile official, no less than the chief of the judiciary.

For over 4 months the trial has been followed like a true soap opera by many Filipinos in the country and abroad, and even an increasing number of non-Filipinos, among them myself, that have been fascinated with the chain of events from start to finish.

As a foreigner but with sufficient knowledge of the country and its political system, I firmly believe Tuesday’s overwhelming conviction of Corona strengthens the democratic system through a triumph of the rule of law, albeit maybe not as much as the prosecution claims and definitely not without new challenges for the future.

If you break the law, you pay.

That is what ideally happens in a democratic country, especially with someone in public office, but as we all know, the Philippines is different.

Former president Joseph Estrada was impeached but never actually convicted before he was ousted in 2001, his successor Gloria Macapagal-Arroyo survived various attempts to impeach her, and a little over a year ago former Ombudsman Merceditas Gutierrez resigned after the House of Representatives voted to impeach her but before the Senate began the formal proceedings to eject her from office.

This means Corona is the first official to have been dismissed via impeachment.

It is a milestone which can develop into a general culture of zero-tolerance for abuse that will make appointees think twice about using their position to enrich themselves, as is common practice in Philippine politics.

I am sure most foreign governments with strong ties to Manila will salute the dismissal of Corona, as a strong and independent judiciary protects business and the foreign investment this country needs to develop.

The conviction can also help to change the perception, prevalent among most outsiders, that here it is quite possible to circumvent the rule of law if you are powerful enough.

I firmly believe that there is no such thing as a strong nation without rule of law, and this is a golden opportunity for the Philippines to prove to the rest of the world that this time around, the government is serious about ending corruption to fight poverty from one of its root causes.

As many senator-judges expressed when they explained their votes, the impeachment trial has truly been a painful process: for them, of course for Corona and his family, and for many Filipinos who have not just been entertained but disgusted at how their elected officials can squabble over millions of dollars and pesos while they struggle to find their next meal every day.

It was painful as well, as a guest in this country, to see how the proceedings turned into more a political showcase and pre-campaign for the 2013 elections than a very serious examination of the conduct of the chief of the judiciary branch by the “best and the brightest” of the legislative: the 23 senator-judges.

When I attended the last session inside the Senate hall, I admit I was shocked at the “performances” of a few senator-judges, in particular Miriam Defensor-Santiago.

She went absolutely ballistic, raising her tone and even screaming at times to make her point, an attitude I gather she is famous for but that should not be tolerated in a public court.

I am Spanish, and judges from my country serve on international panels such as the International Criminal Court (ICC) in the Netherlands to which she has been elected to.

She just will not be able to pull off anything like Tuesday’s speech at the ICC.

If she does, she may likely be removed from the tribunal, and even worse, she will tarnish the reputation of the Philippines abroad.

On the contrary, I was impressed by the (never-ending) speech of Senate president Juan Ponce Enrile.

Many of my expat friends in Manila also appreciated how Enrile, at age 88, was still very much in control of the situation and even made us wonder well into his speech if he was going to vote to acquit or convict.

He said exactly what needs to be said, and for once his very long intervention was full of content, in my opinion much more than the explanation of any other senator-judge.

It was a far cry from the last time I heard the expat community discuss his name, when in 2008 he told foreign businessmen to leave the country if they were unhappy with the laws protecting domestic companies.

A key challenge is Corona’s replacement as chief of the judiciary.

President Benigno Aquino III has the golden opportunity to prove to his enemies that his crusade against Corona was not political, and refuse to appoint an ally in his position.

I would even suggest he propose an absolute outsider, although the other associate justices may not approve, to make a point about the judiciary being separate from the political process.

If the Philippines is able to move forward on these issues, then the country will this time be firmly on the path towards development starting with a strong rule of law, the same premise on which the rise of parliamentary democracy was built.

I look forward to that. – Rappler.com