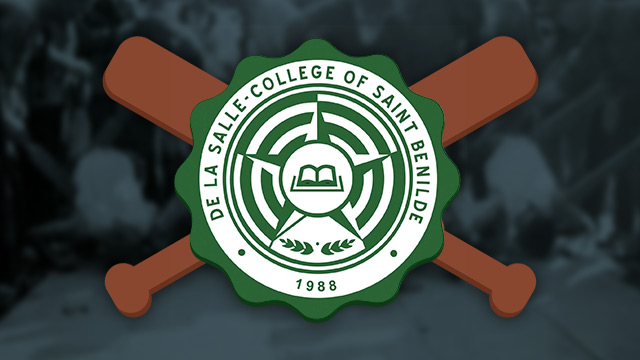 MANILA, Philippines (2nd UPDATE) – Police are investigating the death of a college student in what is believed to be a hazing incident in Manila, according to a radio report on Sunday, June 29.

DzMM reported that Guillo Cesar Servando, 18, a sophomore student at the De La Salle-College of St. Benilde (DLS-CSB), was found unresponsive inside a unit of One Archer’s Place along Taft Avenue in Manila. He was pronounced dead on arrival at the Philippine General Hospital, where he and 3 of his schoolmates were rushed after a supposed hazing ritual.

An initial police report quoted the guard of the condominium as saying that the 4 students seemed drunk when they were making their way back to their room at around 9:30 pm on Saturday night, June 28. However, at 11 pm, an ambulance arrived and the guard was told that the students had asked for help.

The 3 other students, who have not been named, are being treated for injuries to the buttocks and back.

The Manila Police District’s Homicide Division noted that the students were trying to join the Tau Gamma Phi fraternity (not the Alpha Kappa Rho fraternity as earlier reported). It said the students were picked up at a fast food restaurant that evening, taken to a remote location, and then dropped off near the condominium after the hazing ritual.

DLS-CSB released a statement mourning the death of the student.

The school reiterated its prohibition of fraternity-related violence and said it will cooperate with authorities in the investigation of the “deplorable incident.”

“This is a time of great sadness as De La Salle-College of Saint Benilde mourns the demise of one of our students and prays for the recovery of the other students who are also victims of a recent fraternity hazing incident,” the statement read.

“The College reiterates its prohibition of fraternities and fraternity-related violence. We will continue to fully cooperate with the police authorities as they investigate this deplorable incident,” it added.

The youth group League of Filipino Students (LFS) also issued a statement calling for the end of hazing practices in light of the incident.

“LFS calls on fraternities, sororities and all youth organizations to end the barbaric practices still being practiced in several Greek orgs. While we uphold the right to organization, we equally assert that this shouldn’t translate as an opportunity to harm or kill anyone,” the statement read.

The fraternity as well as the parents of the victims have yet to release statements.

Meanwhile, Malacañang spoke out against the hazing incident, and vowed to pursue the conspirators.

“Certainly this recent case of hazing is unacceptable to the government. And so, we are going to pursue all those people who are instrumental in the heinous muder of this particular individual. This should not continue,” presidential spokesperson Edwin Lacierda said on Monday, June 30.

Malacañang also reminded fraternities of the Anti-Hazing Act, and warned them “if any death occurs, you will be held liable.”

“Think about your future. You are at the cusp of your maturity or adulthood. And if you do that, you are just wasting away your productive years in prison. So let this be a warning to you—all those fraternities and their leaders.” – Rappler.com

Editor’s note: We earlier wrote that the students mentioned the Alpha Kappa Rho fraternity in their report. Following clarifications from the Manila Police District, we have changed the information here to refer to the Tau Gamma Phi fraternity.