MANILA, Philippines – An alliance of student councils in the Philippines on Tuesday, July 1, called for the revision and stricter implementation of the country’s Anti-Hazing Law after another college student died in a recent hazing incident.

Iska Dalangin, National Chairperson of the Student Council Alliance of the Philippines (SCAP) urged lawmakers to revisit the 1995 law.

(What we’re seeing right now is that the government doesn’t see the need to bring implementation down to the school administration and local government units, since schools are not the only ones with fraternities and sororities. Some are community-based. Let’s revise, strengthen the law, and implement it properly.)

In a news conference in Clark Freeport, Pampanga, alsoon Tuesday, President Benigno Aquino III gave an assurance that seemed to respond to the students’ call, saying he would consult with his legal experts and law enforcers on what can be done to improve the enforcement of the law.

A student of DLS-CSB died and 3 others were injured on Saturday, June 28, after they went through the hazing ritual of fraternity Tau Gamma Phi (not Alpha Kappa Rho, as initially reported). Eighteen-year-old Guillo Cesar Servando, a sophomore student, died due to injuries in the back and legs, The Philippine Star reported. (READ: St. Benilde student dies in suspected hazing incident)

He was found unresponsive inside a unit of One Archer’s Place along Taft Avenue in Manila on Saturday, and pronounced dead on arrival when he and his companions were rushed to the Philippine General Hospital.

As of Monday, June 30, one of the 3 who survived remained in critical condition, while the other two were already in stable condition. The police identified two students – John Paul Raval and Lorenze Agustin – while the identity of the third one, a minor, was concealed.

At least 11 suspects were believed to be behind the hazing ritual.

About 70 students were present at the candle-lighting ceremony, with at least 7 schools in Metro Manila represented by their student councils.

Chezka Robles, president of DLS-CSB’s central student government, believes this is the first fraternity-related violence involving a student from St Benilde since the college strictly prohibits fraternities and sororities.

“The moment you choose to go to Benilde, you will have to sign a waver which is notarized, [stipulating] that you are not part of any sorority or fraternity,” she explained.

The schools is still conducting its own investigation of the incident.

The National Bureau of Investigation on Monday also vowed to do its own probe, GMA News reported. 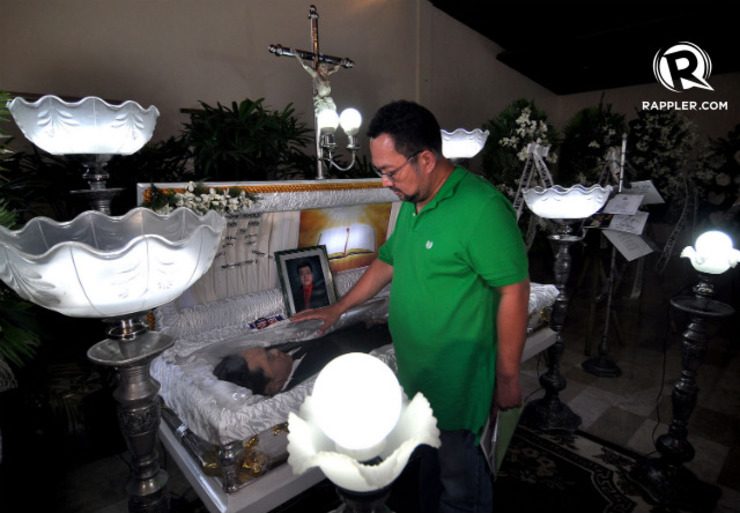 Malacañang, meanwhile, reminded fraternities of the Anti-Hazing Law and said it will “pursue all those people who are instrumental in the heinous murder of this particular individual.”

The law imposes a maximum penalty of life imprisonment if the hazing resulted to death, rape, sodomy, or mutilation.

Despite the recent violence, Dalangin clarified SCAP recognizes groups’ right to organize. The group is not calling for the abolition of fraternities and sororities as long as they follow proper initiation rites.

“Fraternities and sororities are really honor societies. Just like a normal organization, it’s just a group of people who have beliefs and principles [they follow], and common goals they want to achieve. But the problem is their initiation rites and how they recruit [members]. There are a lot of honor societies who are not this extreme,” she said in a mix of English and Filipino.

With many unreported cases of fraternity-related violence across the country, Dalangin said the recent incident only shows there is a greater need for a “clear delineation” of what organizations can and can’t do. (READ: Death and brotherhood)

“Violence is not and it never will be the measure of loyalty to an organization or to any kind of brotherhood or sisterhood,” she added. – Rappler.com