May 30, 2012 7:57 PM PHT
Facebook Twitter Copy URL
Copied
Senator Miriam Defensor-Santiago's fierce tone during the last session of the impeachment trial went viral and gathered support for petition for her to get rejected as ICC judge

MANILA, Philippines — Senator Miriam Defensor-Santiago’s intervention during the last session of Renato Corona’s impeachment trial sparked outrage among netizens and a group petitioning to cancel her appointment as the first female judge of the International Criminal Court (ICC).

Santiago voted “not guilty” in favor of Corona after a 20-minute speech in which she declared that his failure to declare $2.4 million in his SALN is not an impeachable offense.

But it was her bellicous tone that irritated some, in a similar performance to her previous blow-up during the same trial on 16 May, when she was scolded by the presiding officer, Senate president Juan Ponce Enrile, after she threatened witness Harvey Keh with criminal charges for submitting confidential bank records to the Senate.

Yes, Sen. Defensor-Santiago, you are entitled to your own opinion but you don’t have to insult others whose opinions don’t reflect your own.

Others joked that she defended Corona with such passion that maybe she thought she was his wife.

Santiago also found a few supporters, among them a netizen who thinks she alone should have been in charge of the impeachment trial.

Petition for the ICC to reject her as judge

Santiago’s tone also contributed to gather more support for an ongoing online petition by the San Francisco-based organization US Pinoys for Good Governance (USP4GG) for the ICC to “reconsider and reject” her election as a future judge of the panel.

“We are absolutely convinced that Miriam suffers from a serious psychological disorder and she needs serious professional help,” said attorney Rodel Rodis of the USP4GG. 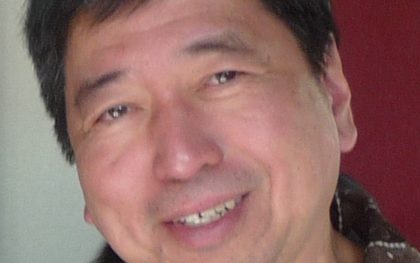 Rodis told Rappler that the senator “will be a total embarrassment to herself and, unfortunately, to the Philippines” if she serves as judge of the ICC.

Her latest blow-up on Tuesday, May 29, added more than 100 new signatures to the campaign, currently supported by over 2,500 concerned citizens and which calls for the international tribunal to decline her appointment.

Santiago was elected in December 2011 to a nine-year tenure as a judge of the ICC and was supposed to assume office two months ago, but her departure to The Hague (Netherlands) was delayed due to the Corona impeachment trial. — Rappler.com