Jun 2, 2012 4:35 PM PHT
Facebook Twitter Copy URL
Copied
The men who had roles to play in the Corona impeachment trial look back at their moments in the spotlight

Rappler talked to some of them. What do they think of the verdict? And how do they look back at their moments in the spotlight?

1. NO REGRETS: Prosecutor Reynaldo Umali and the “Little Lady” The senators were furious. How did the prosecution panel get a copy of Corona’s specimen signature card? The prosecution pointed to the “Little Lady,” the anonymous source who supposedly gave the document to prosecutor Reynaldo Umali. But several senators did not believe him.

Looking back, Umali said, he doesn’t regret what happened. “The little lady incident was probably what started it all. It’s sparked everything. If the little lady did not come out, I could not second-guess what would have been the outcome of this case. I would like to simply describe it as divine intervention,” Umali told Rappler.

Written on the signature card were 10 account numbers that were later confirmed to be Corona’s. Based on the account numbers, the prosecution was able to show that the former Chief Justice had about P20-million deposited in Philippine Savings Bank (PSBank) as of Dec 31, 2010. In his 2010 Statement of Assets, Liabilities, and Net Worth, Corona declared only P3.5-M worth of “cash and investments.”

“I was made an instrument. I was not afraid. They can say whatever they want to say against me, I was used as an instrument. I’m unfazed by all these criticism,” he said.

The “Little Lady” story was further complicated when PSBank Katipunan manager Annabelle Tiongson revealed that another congressman—Quezon City Rep. Jorge “Bolet” Banal—went to her branch to verify Corona’s specimen signature card days before Umali even got them. The source of the document became even more suspicious.

He volunteered to face the senators and explained that he also got the document anonymously. He said he didn’t share it with the prosecution panel because he was unable to authenticate it.

For Banal, it was a “horrifying experience.” He said it was really difficult to face the senators. 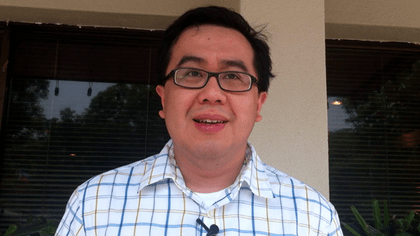 Towards the end of the trial, an outsider—Kaya Natin convenor Harvey Keh—submitted to the office of Senate President Juan Ponce Enrile purported records of Corona’s foreign accounts. Again, the source was anonymous.

But Enrile did not appreciate Keh’s move. He got a tongue-lashing from senators for supposedly trying to influence the court. Keh submitted the documents before the defense panel called on Ombudsman Conchita Carpio-Morales to testify.

Looking back, Keh said it was a stressful day but he said he learned a lot from the experience.

“One of the more important lessons there was, I should be more careful with the information I disclose to the public and the people I trust,” Keh said.

“On hindsight, I would probably consult my lawyer first and Dean Tony La Viña to ask them the best way to deal with it. On hindsight, it would have been better if I forwarded it to the Ombudsman rather than the Senate President,” he said.

“I really appreciate that the Senate accepted my apology. My intentions were very clear. I just wanted to help in ferreting out the truth,” he said. 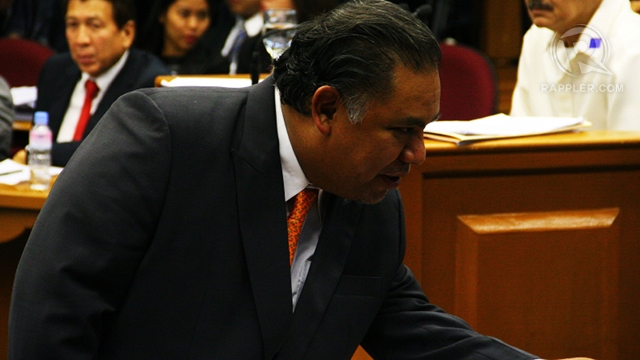 Defense lawyer Judd Roy III gave the most colorful sound bites from the defense panel. He is, arguably, the most hardworking defense lawyer and the most protective of Corona.

In March, the impeachment court cited him for contempt of court for his claims in a February press conference that there are attempts to bribe the senator-judges. On a number of occasions during the trial, Enrile snapped at Roy’s snide remarks directed at Corona’s critics.

“I was the first guy they saw…I’m the one who always takes the heat,” Roy told Rappler Natashya Gutierrez.

“It’s kind of flattering that people have the misconception that I control everything or have a great degree of influence,” he added.

In 2000, Rep Raul Daza was a senior defense counsel for President Joseph Estrada. He took the other role — prosecutor — in the Corona trial.

He said there was “more due process” in Corona’s trial and he praises Enrile for it. “Natatandaan ninyo nag-walk out ang prosecutors. Pinabayaan mag-walkout. Dito walang naka-walkout pati si Chief Justice mismo hindi naka-walkout. You have to credit the Senate President for being an able, impartial, and effective presiding officer,” Daza said.

6. A JOB TO DO: Speaker Sonny Belmonte

When he delivered the closing argument for the prosecution panel, it was a sort of reunion for Speaker Sonny Belmonte and some senators. He was the impeachment manager of the House panel that prosecuted former President Estrada in 2000.

“It’s just one of those things that we have to do once in a while,” he said.

He said the Senate decision to convict Corona is not something they would celebrate over. Like Belmonte, Abaya said it was a mission they needed to do to advance judicial reform.

Former private prosecutor Vitaliano Aguirre was the only one who really stood up to Sen Miriam Defensor-Santiago. He may have been cited for contempt of court, but he was never apologetic.

The resigned private prosecutor got to hear Santiago’s “shrill voice” again on May 29. In explaining her vote, Santiago attacked the prosecution panel again for the questionable ways it used to present evidence against Corona. She again lashed out at them.