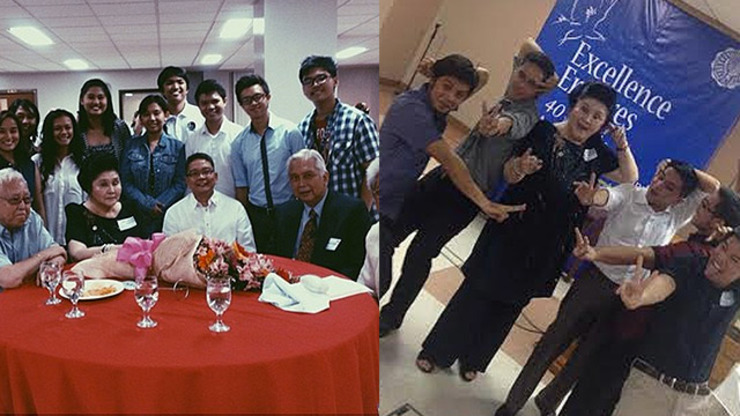 On Saturday, July 5, the Ateneo Scholarship Foundation (ASF) invited Marcos to deliver a speech to mark the 40th anniversary of the non-profit, non-stock corporation.

The ASF is not an official school arm of ADMU, but is financed by contributions from the university’s alumni.

Netizens and alumni expressed outrage that Mrs Marcos was invited to the event and even posed with Atenean scholars and alumni officials.

Many questioned the propriety of Mrs Marcos’ presence at the event, given her controversial stature as one-half of the power couple that ruled the Philippines in the 70s.

In a statement, Fr Jett Villarin confirmed that Mrs Marcos was invited to the 40th anniversary of the ASF.

Despite the photos showing him socializing with the former First Lady, Villarin said the school “has not forgotten the darkness of those years of dictatorship” and that it continues to adhere to the university’s principles.

“Please know that in the education of our youth, the Ateneo de Manila will never forget the Martial Law years of oppression and injustice presided over by Mr Ferdinand Marcos. We would not be catching up on nation building as we are today, had it not been for all that was destroyed during that terrible time,” he said.

“I would like to reaffirm that we have not forgotten the darkness of those years of dictatorship and that we will not compromise on our principles in forming those who would lead this nation,” Villarin added.

Villarin said the event was a celebration of the foundation’s scholars and benefactors, and was intended to be a social event.

He noted Marcos’ contribution to the beginnings of the ASF through a donation that came from the proceeds of a Van Cliburn piano concert she organized in 1974.

Following the reaction, the Ateneo president said the university has learned its lesson and will be “more mindful” of those invited to the school’s events.

“I apologize for any doubts that may have arisen on the mission of the school and the pain this event may have caused. As I hope for your understanding, I would like to assure you that we in the administration have learned our lesson to be more mindful of those we invite to our celebrations.” – with a report from Bea Cupin/Rappler.com