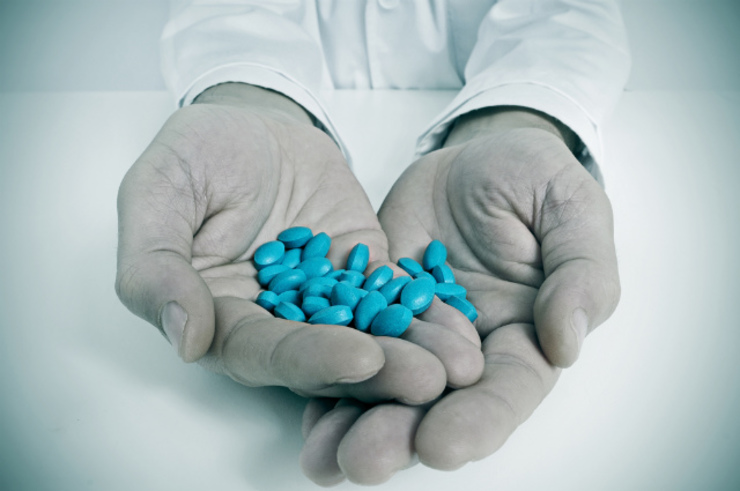 The CBCP corrected a report by Agence France-Presse on Thursday, July 10, that said the CBCP “is encouraging members who are medical workers to refuse to implement a newly-approved birth control law.”

“What the CBCP brought to the attention of Catholic health care professionals are their rights as enunciated by the Supreme Court when it passed upon the law, particularly the rights of conscientious objectors,” CBCP president Lingayen-Dagupan Archbishop Socrates Villegas said Friday, July 11.

“The CBCP will always urge Catholics to obey all just laws but in all things to abide by the prompting of a well-formed conscience,” Villegas said.

It is the latest move by the powerful church hierarchy in the largely Catholic Philippines against the reproductive health law that was declared constitutional in April.

The law compels the state for the first time to provide free condoms and contraceptive pills. (READ: Without RH law, contraceptives will run out in Payatas)

A “pastoral guidance” issued by bishops this week explains how government health workers can legally refuse to dish out contraceptives on ethical or religious grounds, Marvin Mejia, executive secretary of the Catholic Bishops Conference of the Philippines, told Agence France-Presse.

“Obviously, Catholics should not, on moral grounds, seek employment in the very government agencies that promote artificial contraception,” reads the guidance. (READ: Next in RH battle: Full implementation by DOH, LGUs)

“But if circumstances compelled them to be employed in such agencies…said Catholics should be aware that they cannot be forced to promote, distribute or dispense artificial contraceptives against their religious or moral conviction.”

The CBCP pointed out, however, that “the accommodation granted the conscientous objector… does not extend to emergency cases, as when the mother’s life is in danger.”

“When a patient, for example, is rushed to the emergency room who has, with the help of a backstreet abortionist, commenced the abortion procedure that is botched, although the fetus has already been destroyed, with the result that she is bleeding profusely, the health-care providers cannot refuse intervention or treatment on the ground of conscientious objection but must take all steps necessary to save the life of the mother,” the bishops’ conference said.

“This exception is based on natural law, which calls for the preservation of human life,” it added.

The Church is an influential force in the Philippines, which counts around 80% of its 100 million-strong population as Catholics. Abortion and divorce remain banned in the nation. (READ: Ona: Let’s stop abortion)

Conscientious objectors are required to immediately refer patients to another service willing to supply information or birth control, but the church disputes this.

Father Mejia said bishops are set to organize seminars in their dioceses to inform government health workers of the law’s provisions.

“The Church recognizes that it is already a law…but it’s very important for people to know their rights,” Mejia added.

There was no immediate comment from the health department. (READ: Ona: Providing RH services can no longer wait) – with reports from Agence France-Presse/Rappler.com