Jun 4, 2012 7:15 AM PHT
Facebook Twitter Copy URL
Copied
OFWs and businessmen will be the hardest hit if the Senate fails to amend the Anti-Money Laundering Act before it adjourns on June 7 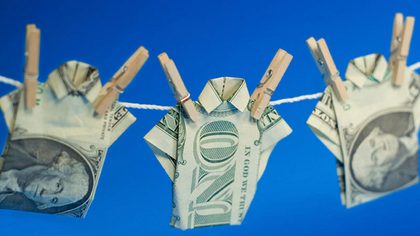 The clock is ticking for the Senate to pass amendments to the Anti-Money Laundering Act (AMLA) of 2001. Aside from the adjournment of Congress on June 7, senators also have to beat the June 21 deadline set by an international body so the Philippines will not be blacklisted.

Senators will hold a caucus on Monday, June 4, to try to reach an agreement to immediately pass the two bills amending the AMLA, and a related measure, the bill criminalizing terrorist financing.

Time is not the only challenge. The impeachment ghost still haunts efforts to change the law. The trial of former Chief Justice Renato Corona did not just delay the deliberation of the bills; it also strengthened opposition over possible abuse.

The debate is a concern not just of legislators. Sponsors of the bill say if the Philippines is blacklisted, overseas Filipino workers (OFWs) and the economy will take a hit.

Rappler talked to both supporters and critics of the bills. Here’s what you need to know about the AMLA amendments:

1. Why is the Philippines under pressure to pass the bills?

The Philippines is under pressure to pass the bills because of international commitments, particularly to the Paris-based Financial Action Task Force (FATF).

The Philippines indirectly belongs to the task force because it is a founder of the Asia/Pacific Group on Money Laundering (APG), an associate member of FATF.

In March and May 2012, leaders of FATF and APG separately wrote Bangko Sentral ng Pilipinas Governor Amando Tetangco Jr, chairman of the Anti-Money Laundering Council (AMLC). (Read the letters below).

They warned that the FATF will blacklist the Philippines if it does not enact the AMLA amendments in time for its meeting in Rome from June 18 to 22.

The explanatory note of Senate Bill 3123 said, “To be blacklisted means that the Philippines is perceived to be ‘non-cooperative’ in the global fight against money laundering and terrorist financing.”

Executive Secretary Paquito Ochoa Jr wrote the Senate in March urging the chamber to pass the bills soon. Malacañang has certified the bills as urgent.

2. What are the key provisions of the bills?

Guingona said that the bills aim to put more teeth to AMLA. He cited a key provision: removing the requirement that the AMLC notify the depositor that the agency will look into his or her bank accounts.

“It’s just common sense,” said Guingona. “When they make a notice just to inquire into your bank account, what do people do? Withdraw all their money. So what’s there to freeze?”

Guingona cited the case of former military comptroller and retired Maj General Carlos Garcia who was accused of plunder.

“He was able to withdraw millions of pesos because there was notice, ‘Hey, we’ll look into your accounts.’ Of course, that’s the problem that’s why we’re putting back this provision.”

The senator outlined other major amendments in this Thought Leaders piece. 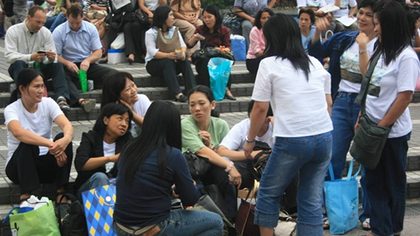 3. How will being blacklisted harm OFWs and the economy?

If the FATF blacklists the Philippines, Guingona said OFWs and their families will be the hardest hit.

He said FATF will ask member-countries to conduct “enhanced verification” of money going into and out of the Philippines. This will translate to more documents, delays in bank transactions, and even refusal to facilitate services to Filipinos.

“For example, you want to send money to the Philippines, [banks will ask you] ‘Where’s your ID? What are you doing here in the US? You’re working? Where are your employment papers? Can you fill out this form?’ It’s going to be very tedious.”

Guingona explained, “They’ll make it harder because the presumption now is you have to prove that your money is legal. You’re blacklisted so prove your money is really legitimate and not sourced from an illegal source. It’s the reverse.”

Senators Sergio Osmeña III and Franklin Drilon, supporters of the amendments, said that with the additional work required, banks might opt to no longer entertain Filipino customers.

“[OFWs will then] resort to the informal sector with all the dangers of the remitted amount being lost and the adverse effects on the economy of these dollars not being included in our gross international reserves,” Drilon said in a press conference.

Aside from OFWs, Guingona said a blacklist will also affect business because companies will have difficulty sending money to the Philippines. Watch him explain here:

FATF has over 30 member-countries representing major financial centers like the US, UK, Germany, France, China, Japan and South Korea.

Thailand was blacklisted in February. The Bangkok Post reported that as a result, some European financial institutions were ordered to stop transactions with Thailand. Local bank customers were also asked for additional reporting requirements when dealing with overseas counterparts.

4. What are the major objections?

The amendments, though, face strong opposition from some senators. Senators Joker Arroyo, Vicente “Tito” Sotto III, and Alan Peter Cayetano have warned against invasion of privacy, violation of due process, and political persecution.

The AMLC’s participation in the investigation of Ombudsman Conchita Carpio-Morales into Corona’s bank transactions worsened their fears. (Read: Can the Ombudsman ‘exercise all powers?’)

“It’s not the impeachment itself but the issues that came out from the side of the prosecution, the little lady, and those papers that AMLC gave to the Ombudsman so [the impeachment] is really a factor.”

Cayetano added that some provisions, such as the proposal to allow AMLC to look into bank accounts linked to the main account in question, need to be clarified.

“The definition of ‘related web of accounts’ is vague and encompassing ([the bill used the phrase] “materially linked”), therefore, prone to abuse.”

5. What are the safeguards in the bills?

In response to the objections, Guingona said there are 4 levels of safeguards before the AMLC can look into bank accounts:

1)   Predicate crime – The owner of the bank accounts must have committed one of the crimes listed in the law like kidnapping, robbery, etc. The amendments expanded the list to include terrorism, bribery, and malversation of public funds, among others.

3)   Petition for inquiry – The AMLC will ask the Office of the Solicitor General to file a case on its behalf. The SolGen will review the petition and see if there are grounds to ask for a court order.

4)   Court order – The SolGen will ask the Court of Appeals to issue an order to open the person’s bank accounts.

Guingona, however, admitted that the process used by the Ombudsman to get Corona’s transaction records is different, citing her powers under the Constitution and the waiver in the Statement of Assets, Liabilities and Net Worth.

Despite Guingona’s assurances, Cayetano pointed out that there have been instances where documents from the AMLC have been leaked under the guise of “intelligence purposes.”

“The author is saying there are safeguards but what I’m saying is that the theory is different from the practice.” Watch him explain his reservations here:

6. Can the Philippines avoid being blacklisted?

Even if the senators resolve the raging debate, the authors admit there is not enough time for the bicameral conference committee to finalize the amendments, and for President Benigno Aquino III to sign the harmonized bill into law before the June 21 deadline of FATF.

Osmeña recalled that it took 3 months for the bicameral conference committee to reconcile the original AMLA.

Now, the plan is to have the Senate pass the amendments by June 7, and to ask Tetangco to write the FATF and ask if it could wait until July.

Guingona said the Philippines’ representatives can report in FATF’s June meeting that at least, the country already hurdled the biggest obstacles in the passage of the bill: the Senate and the House of Representatives.

Asked if the Senate can indeed pass the bills this week, Guingona said, “Yes, things can be done very quickly actually if everybody agrees.”

“But the big if is IF everybody agrees.” – Rappler.com