What next for Aquino and Congress?

Jul 27, 2014 5:59 PM PHT
Ayee Macaraig
Facebook Twitter Copy URL
Copied
'President Aquino must realize he is no longer being compared to past presidents. He's being judged on the standard he set: matuwid na daan.' MANILA, Philippines – PDAF, DAP and then what?

It’s been a year since the pork barrel corruption scandal and one Janet Lim Napoles tarnished Congress with plunder. Next came the furor over the legality of the administration’s spending program, this time putting the presidency under fire.

President Benigno Aquino III delivers his 5th State of the Nation Address (SONA) on Monday, July 28, at a time public trust in these two institutions are at an all-time low under his administration. How should a leader claiming to be a reformist president push for his legislative agenda after people’s disgust over patronage politics?

The controversies over the Priority Development Assistance Fund (PDAF) and the Disbursement Acceleration Program (DAP) are instructive of how politicians should respond to the growing demand for transparency and accountability.

Post-PDAF and DAP, Rappler takes a look at the challenges for the presidency and Congress in the year ahead, and the lessons from the failure of politics as usual.

1. The President must meet a higher standard: his own daang matuwid.

The President is bullheaded in his belief that he did no wrong with DAP, a stimulus measure his lieutenants call “innovative governance.” He continues to challenge a Supreme Court ruling declaring key acts under the program unconstitutional.

Yet Benjamin Tolosa Jr, PhD, an associate professor of political science at the Ateneo de Manila University, said that while the President correctly distinguishes between unconstitutionality and criminality or immorality, he must realize that public officials are now held to a higher standard.

“Norms are changing, especially because the President himself has set the bar very high with matuwid na daan (straight path), and anything that looks less than matuwid is considered bad. He may say there was some version of DAP in all post-EDSA administrations. But he’s no longer being compared to these administrations. He’s being judged based on the standard he set,” Tolosa told Rappler. Key to changing norms was the PDAF scandal where top lawmakers allegedly pocketed millions of pesos in development funds by conspiring with bogus NGOs. Tolosa said the scam changed people’s definition of pork barrel from being a means to deliver services and a form of patronage to an instrument for plunder.

This higher standard is what drives observers to question the 9% of DAP that went to projects lawmakers endorsed. While Budget Secretary Florencio Abad said that legislators did not get money, only projects, the scheme worked similar to PDAF.

Gladstone Cuarteros, assistant professor at the De La Salle University political science department, said the irony is that in pushing for reform, the president had to compromise to deal with a corrupt system.

“Whether we admit it or not, the DAP was also used for patronage, but you can’t blame them. It’s what the system tells us. How can you get the support of congressmen? You give them development funds that they have a lot of discretion over. That runs contrary to the kind of reform we wanted,” Cuarteros told Rappler.

It is the president’s refusal to admit lapses combined with his self-righteousness that turn people off.

“The President cannot say, ‘Hey, I am also right because you are doing it anyway.’ That was still wrong. He should just admit he made a mistake,” Cuarteros added.

2. Address the “walang mahirap” (no poverty) part of the equation.

Congress is also under greater scrutiny. Even after the High Court struck down PDAF and practices under DAP, Cuarteros said the pork barrel will live on in the form of lump sum appropriations, insertions and initiatives that are “more silent.”

To address people’s reliance on legislators for basic needs and in turn the lawmakers’ dependence on perks from the President, Tolosa said Congress must help achieve Aquino’s goal of inclusive growth. 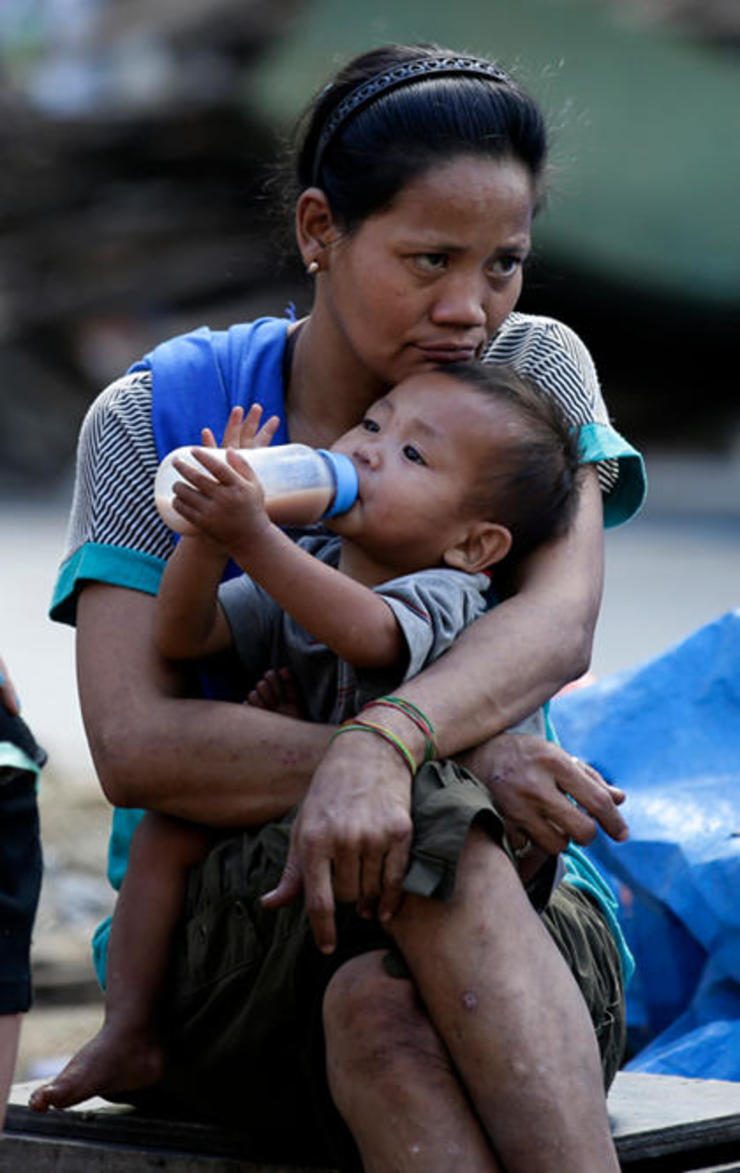 “The other side of ‘Kung walang kurap, walang mahirap’ (without corruption, there will be no poverty) is also very important. The allies of the President in Congress should really help him in development goals to address poverty and inequality, which will address also the problem of patronage.”

To achieve this, Tolosa said government must go beyond the conditional cash transfer program and Congress must pass measures that create jobs, help the agricultural sector, and attract investments. Yet he doubts if House Speaker Feliciano Belmonte Jr’s push to change the economic provisions of the Constitution will succeed, and if it is the answer to the need for more foreign investments.

Cuarteros said like charter change, moves to impeach the President will not prosper.

“The impeachment will not win but they still have to go through the number of days required to declare that [the complaint] is insufficient in substance, in form. Even if it will not prosper, it will eat some of their time. That will lessen the attention they can give to other priority bills, even the Freedom of Information (FOI) bill.”

3. Introduce more reforms to the budget, and pass FOI at long last.

Senate finance committee chairman Francis Escudero and Senator Bam Aquino plan to clarify the meaning of savings in law after the Court ruled against the definition that the executive branch uses. Here, the challenge will be balancing the strict interpretation of the Court with the Palace’s need for leeway to use funds for development.

Senator Juan Edgardo “Sonny” Angara also wants to revisit Presidential Decree 1177 and the Administrative Code, old laws that detail the President’s power to use savings. “People think it’s really hard to trace where their money is going. So that’s the principle. It’s a very simple principle but our laws make it convoluted.”

Secretary Abad agreed with the proposals, saying the administration is even eyeing automating the budget process so people can monitor through tools like Google Maps if roads are built or trees planted as planned.

“People should point that out that the agency that has been criticized for DAP has actually been at the forefront also of trying to institute performance measures, transparency mechanisms, civil society participation. So if that is expanded, I think it will help,” Tolosa said. Still, these reforms will be incomplete without the FOI bill, which provides a process for citizens to request for government data and documents. While the President committed to pass FOI before his term ends, Cuarteros said real politics makes the odds unclear because the bill will limit opportunities for patronage.

As for the call of the president’s allies to investigate the Judiciary Development Fund (JDF), Cuarteros said they will argue for transparency, checks and balances but the move is widely seen as payback for the Supreme Court decisions on PDAF and DAP.

“To what extent they will do it, it depends on how the Court will react. It’s a stimuli and response thing,” Cuarteros said.

4. ‘Grab the chance’ to pass the Bangsamoro bill.

Besides the budget, the Bangsamoro Basic Law tops the President’s legislative agenda for 2014. The law creates an autonomous region but with greater political powers and fiscal autonomy than the Autonomous Region in Muslim Mindanao. 5. Work on anti-dynasty bill in relation to political party reform.

If the administration is truly serious about reforms, Ateneo’s Tolosa said it should also endorse the anti-political dynasty bill, which made history in the 16th Congress for reaching the House plenary for the first time in almost 30 years. The professor said the bill must be tackled along with political party reform.

“Obviously, pork barrel is being used historically as a political instrument to get things done in Congress. In the long run, the solution is really a political system based on parties, not on families, and also generation of campaign funds not on the basis of families but on the basis of parties,” Tolosa said.

Even Senate President Franklin Drilon expressed support for the anti-dynasty bill but Cuarteros believes the clan-dominated Congress will tackle the measure for show without passing it. “They will be avoiding politically contentious items because election is coming. There will be a lot of turncoats again.” With Aquino’s unprecedented popularity taking a hit, his second to the last year in office will be grueling, especially in getting Congress’ support with not as much pork to dangle to its members.

“But the positive thing is it will also encourage lawmakers to study legislation more on their merit, the advantages and disadvantages because there’s also pressure now for them to deliver and perform better not only because of their access to pork barrel,” Cuarteros said.

While the President fights off protests and impeachment complaints, the debate over PDAF and DAP has a positive effect on the people he calls boss.

“If you take out all the propaganda and all the noise, this is already posing basic questions about the nature of our political economy, our political system,” Tolosa said.

“Here, you see democracy not just as elections but democracy as accountability. What it forces us to do is to look very closely at our institutions. If norms are changing, and the rules are changing with them, it creates new opportunities for transforming politics.” – Rappler.com