Coup? Here’s the story behind those tanks 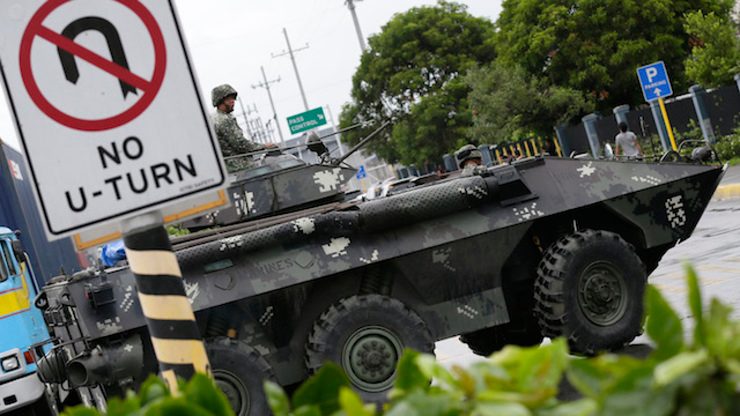 MANILA, Philippines – It was a case of bad timing.

On the same week that Senator Antonio Trillanes IV claimed that disgruntled retired generals were plotting to destabilize the Aquino administration, convoys of military trucks and tanks were sighted on Metro Manila’s roads.

The military immediately apologized last week for the alarm caused by the “logistical movements of the Armed Forces of the Philippines.”

What the spokespersons couldn’t reveal back then – that would have killed the coup rumors – was what the trucks were carrying: the brand new M4 Caliber 5.56mm for the Philippine Army. The first batch of 27,200 M4 rifles arrived last week. The military didn’t want to announce what they were transporting for security reasons. Armored trucks accompanied the convoys.

The supposed coup plots have since been debunked by retired generals linked to the rumors.

President Benigno Aquino III was supposed to  have led the July 14 ceremonial distribution of the first M4 rifles received by the AFP. This was cancelled, apparently to give way to his televised speech on the Disbursement Acceleration Program. – Rappler.com