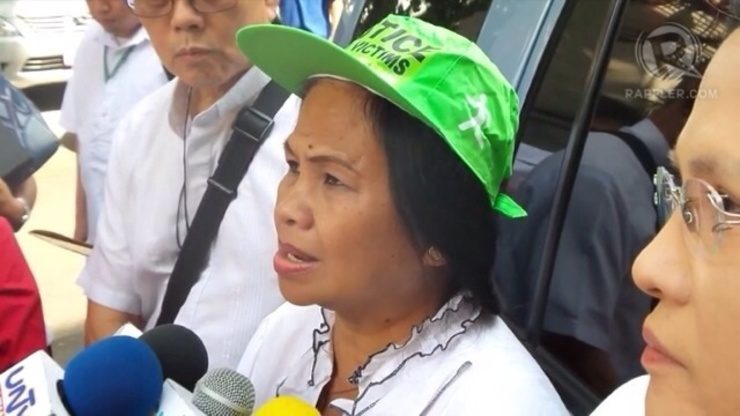 MANILA, Philippines – The Supreme Court (SC) affirmed the dismissal of criminal charges against a senior executive of the company that owned the M/V Princess of the Stars ferry, which victims claim sank as a result of negligence on the part of the executive.

In a July 2 resolution released to the media Monday, August 4, the SC said Edgar Go, vice president for administration of Sulpicio Lines Incorporated, is not criminally liable for the June 2008 accident.

“The shipowner’s liability for the death of or injuries to passengers resulting from the negligence on the part of the shipowner, arises from the contract of carriage, hence, (is) civil in nature,” the resolution read.

The SC was affirming a March 22, 2013 Court of Appeals (CA) ruling clearing Go of criminal charges.

“As correctly ruled by the CA, respondent’s act of allowing the officers of the vessel to decide whether to set sail or not and, thereafter, failing to instruct them to seek shelter or drop anchor in the face of the storm, did not render him criminally liable,” the SC resolution read.

Go was the head of the Sulpicio Lines’ crisis management committee at the time of the tragic incident, which saw over 700 persons on board the ship dead or missing.

Lawyer Persida Acosta, chief of the Public Attorney’s Office and counsel for the petitioners, said they will file a motion for reconsideration to have the ruling reversed.

Their now-denied March 5 petition alleges that Go “deliberately failed to exercise due diligence when, in the early morning of June 21, 2008, at the latest, he did not direct the ship captain and his crew to drop anchor and/or seek shelter in the vicinity of Batangas.”

The public storm warning at the time was Signal No. 3 over Romblon province, which covers the coastal area where the ship tipped over.

Go was indicted by the Department of Justice for reckless imprudence resulting in multiple homicide, serious physical injuries, and damage to properties.

The criminal case was lodged before the Manila Regional Trial Court (RTC), but the CA ordered the case’s dismissal.

Acosta regarded the ruling of the appellate court as “inordinate,” as Go had already been arraigned and 9 prosecution witnesses were already presented.

If their motion for reconsideration is still denied, the victims’ kin are left with no other relief but a possible compensation out of the civil cases in relation to the sinking.

Over 100 civil cases are still pending before the Manila RTC and a Cebu trial court, 6 years after the tragedy.

But family members of victims insist monetary compensation can’t make up for their loss. A number of bodies remain missing and were never recovered after the incident.

“Minsan nasasabi ko, kung sino man ‘yung mga may-ari ng Sulpicio Lines na ‘yan, du’n na lang kami sa gitna ng dagat. Ihulog ko na lang sila, quits na kami (Sometimes I tend to say, whoever are the owners of Sulpicio Lines, we can just go in the middle of the sea. I’ll just drop them there, and we can call it quits),” an emotional mother whose daughter was one of the casualties said when they filed the SC petition pushing for Go’s criminal liability. (READ: Victims’ kin to SC: Revive case vs Sulpicio Lines exec)

Acosta said the Sulpicio Lines operates to this day, this time registered with the Securities and Exchange Commission as Philippine Span Asia. – Rappler.com