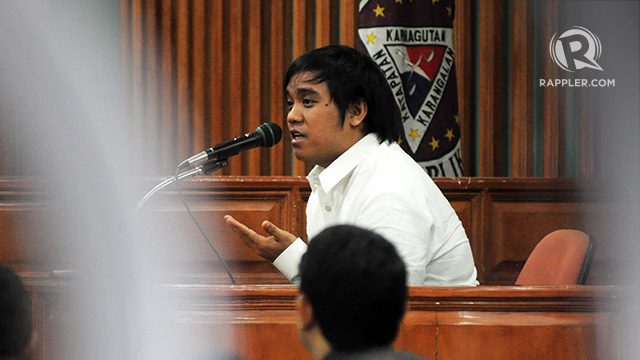 MANILA, Philippines – Crop seeds, broken sprayers and unused fertilizer were rotting away in a Bulacan property of alleged pork barrel scam mastermind Janet Lim-Napoles to make it appear that supplies were to be delivered for government projects, state witness Benhur Luy told the Sandiganbayan Thursday, August 7.

In his testimony before the anti-graft court’s 1st division, Luy said the warehouse was Napoles’ way of getting around a government inspection of goods that were given to the non-governmental organizations (NGOs) Napoles controlled and that were purchased through the Priority Development Assistance Fund (PDAF) of detained Senator Ramon “Bong” Revilla Jr.

The goods in Napoles’ Bulacan warehouse were mere fronts and were never distributed to supposed beneficiaries of projects funded by accused Revilla, Luy explained.

A former finance officer of Napoles’ operations, Luy appeared in court for the weekly bail hearing of detained senator Revilla.

Revilla and Napoles are charged with plunder and graft for allegedly defrauding the government of millions in PDAF through ghost projects of NGOs made to appear legitimate.

Plunder is a non-bailable offense, but Revilla pleaded before the court that he be allowed to post bail for his temporary liberty. Bail may be granted if it is proven that no strong evidence of guilt against him exists.

The warehouse’s existence was brought up in court after David asked Luy to read a document that stated Shyr Montuya inspected the property and validated the “physical” existence of over 1,000 livelihood kits for Revilla’s project. The document Luy read was part of the voluminous evidence of the prosecution team.

It was David’s cross-examination that broke the monotony of the first-half of the Thursday hearing, with palpable tension between him and Luy.

When David indicated that Luy’s summary of rebates based on his records of Napoles’ transactions was not reliable, the witness started answering in a slightly raised voice.

Relying on documents, David indicated that it was Luy instead whose name appeared in these documents as president of an NGO that contracted with Nabcor.

Looking straight at the lawyer, Luy said that the transactions he made with government in relation to the scam was “upon instructions of Ma’am Janet Napoles.”

David’s gestures – among them a continuous snapping as he counted the seconds from the time he finished a question up until Luy was able to answer it – and his manner of interrogation ellicited frequent laughter in court.

“30 seconds,” David declared at one point, after counting through his finger snaps.

“When he was testifying, he seemed to have photographic memory. Now he seems to have amnesia,” Bodegon told the 1st division justices.

Prosecutor Toribio told the court Luy was merely confused with David’s continuous questioning that at certain points interrupted Luy in the middle of his answers.

Prosecutor Jacinto M. Dela Cruz Jr also stood to object at the time David’s count was at 30 seconds and said, “15 seconds. We were counting, your honor.” The exchange drew laughter from the crowd.– Rappler.com